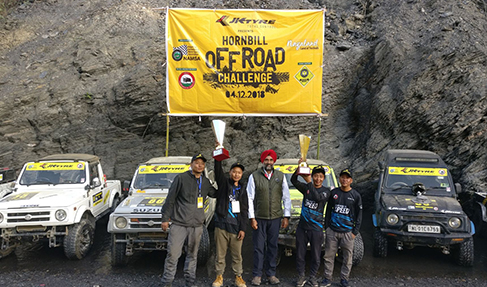 Each team comprises of two cars, manned by a driver and a co-driver, to help each other tackle the various obstacles together.

Abemo Yanthan was adjudged Best Spotter while Aviu Rutsa added another feather to his cap by winning the best off-road rig as well.

It is the first time that the off-road event has been added to the annual JK Tyre Hornbill Motor Rally which is in its ninth year of existence.

Earlier on Monday, defending champion Gagan Sethi and co-driver Sabatullah Khan stole the show in the picturesque hills by winning the TSD rally spread over 55 kilometres.

The rally concludes with the World War 2 Peace Rally, that pays homage to the martyrs of the Battle of Kohima.