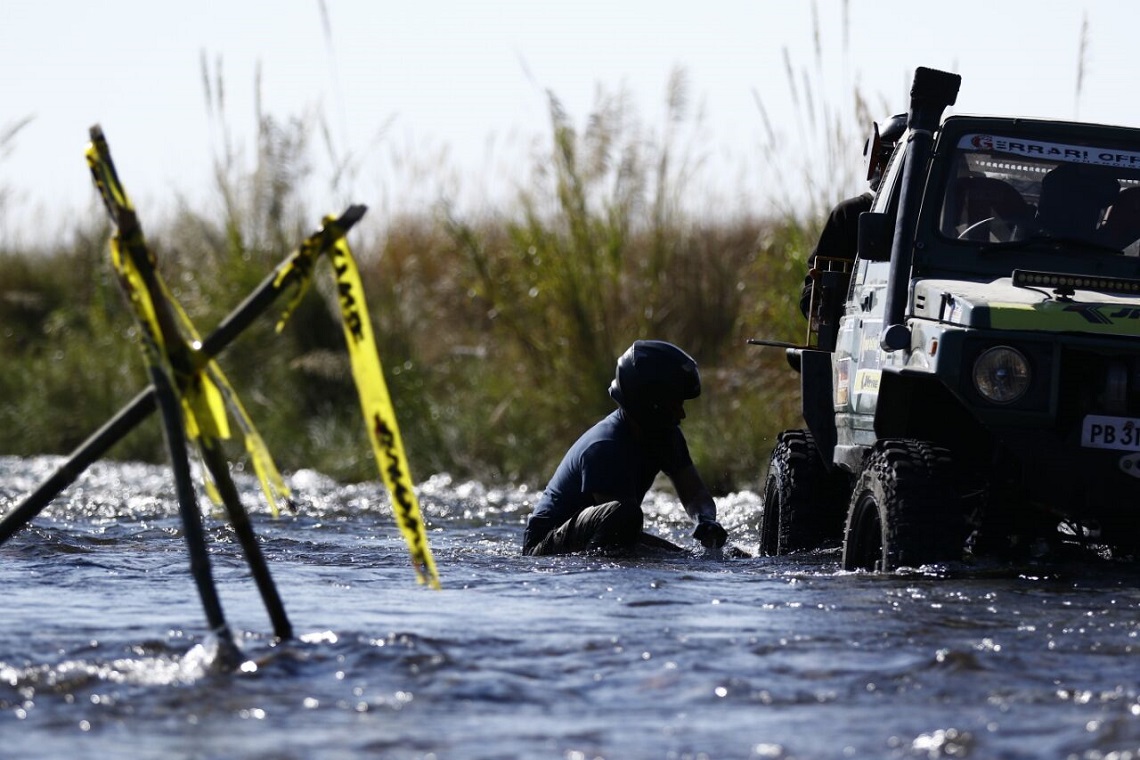 Dambuk Valley (Arunachal Pradesh), 17th December 2016::Overnight leaders Bangalore Off-roaders proved to be the most accomplished drivers in the JK Tyre-Orange 4x4 Fury, clinching the championship with ease here on the third and final day on Saturday.

Siddarth Santosh and Lokesh Shivaraja, who had a superlative second day on Friday, played it safe in the last two stages as they already had a sizeable lead in their pockets.

The BODA team finished fourth and collected just 166.5 points on Saturday but that was enough to give them a cumulative total of 830.75 points and the glittering trophy. They were ably assisted by co-drivers Prithviraj and Sanjay on all three days, displaying their driving skills across various terrains including water, land and hills, to emerge victorious.

The two car, four member team showed great coordination and courage as they crossed three 10-foot long pits by using wooden planks that were just as wide as their tyres.

Defending champions Kabir Waraich and Gurmeet Virdi of Team Gerrari from Chandigarh had a good day, finishing second in the 'obstacle start' and 'reverse obstacle' to held on their second place. They added 216.75 points for a total of 745.25 points.

The individual category for local drivers saw Meoseng Namsoom and his teammate Tainum Mein showcasing their driving skills to become the champions. They collected 680 points over the three days, and unlike the team competition, they didn't have a second car to help them past the obstacles.