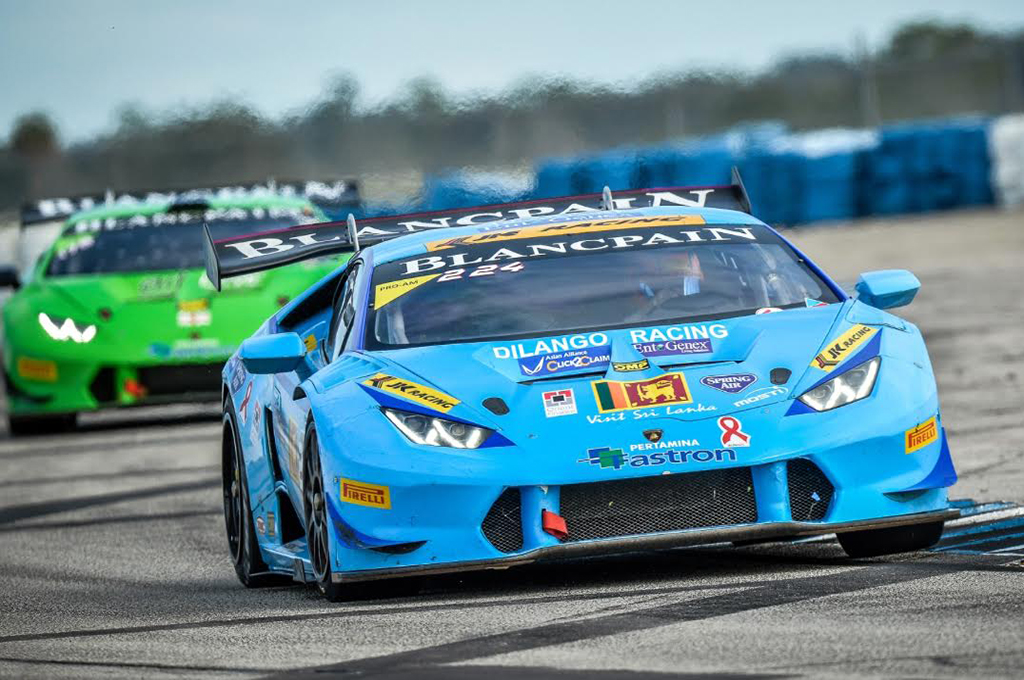 Podium for Armaan Ebrahim and team in Suzuka
12 June 2016

Armaan, supported by JK Tyre and driving for Dilango Racing team, qualified second for the first race on Saturday and looked set to maintain position. However, the team lost one spot after the mandatory pit-stop when Armaan handed over the car to Malagamuwa to complete the remainder of the race.

On Sunday, in the second race for which the team had qualified ninth, Malagamuwa started and made four places to move into fifth when the engine blew leading to retirement, 20 minutes into the race.

Armaan, who is among five Asians included in the Young Drivers Program of Lamborghini Squadra Corse, and Malagamuwa had finished second in both races of the first round in Shanghai, China, last month.

Commenting on the weekend, Chennai-based Armaan, said: “Obviously, we are very disappointed with what happened in the second race, but at least we managed to pick up some points from our podium finish in the first.

“On Saturday, I qualified second for the first race and Dilantha ninth for the second race. I was running second in the first race at the change-over and we finished third eventually.

"In the second race, Dilantha did well to move to fifth after starting ninth on the grid, but the engine blew and that was the end of it for us here.

“We now head to Buriram, Thailand, for the next round in July (23-24) and hopefully, have a better run there.”