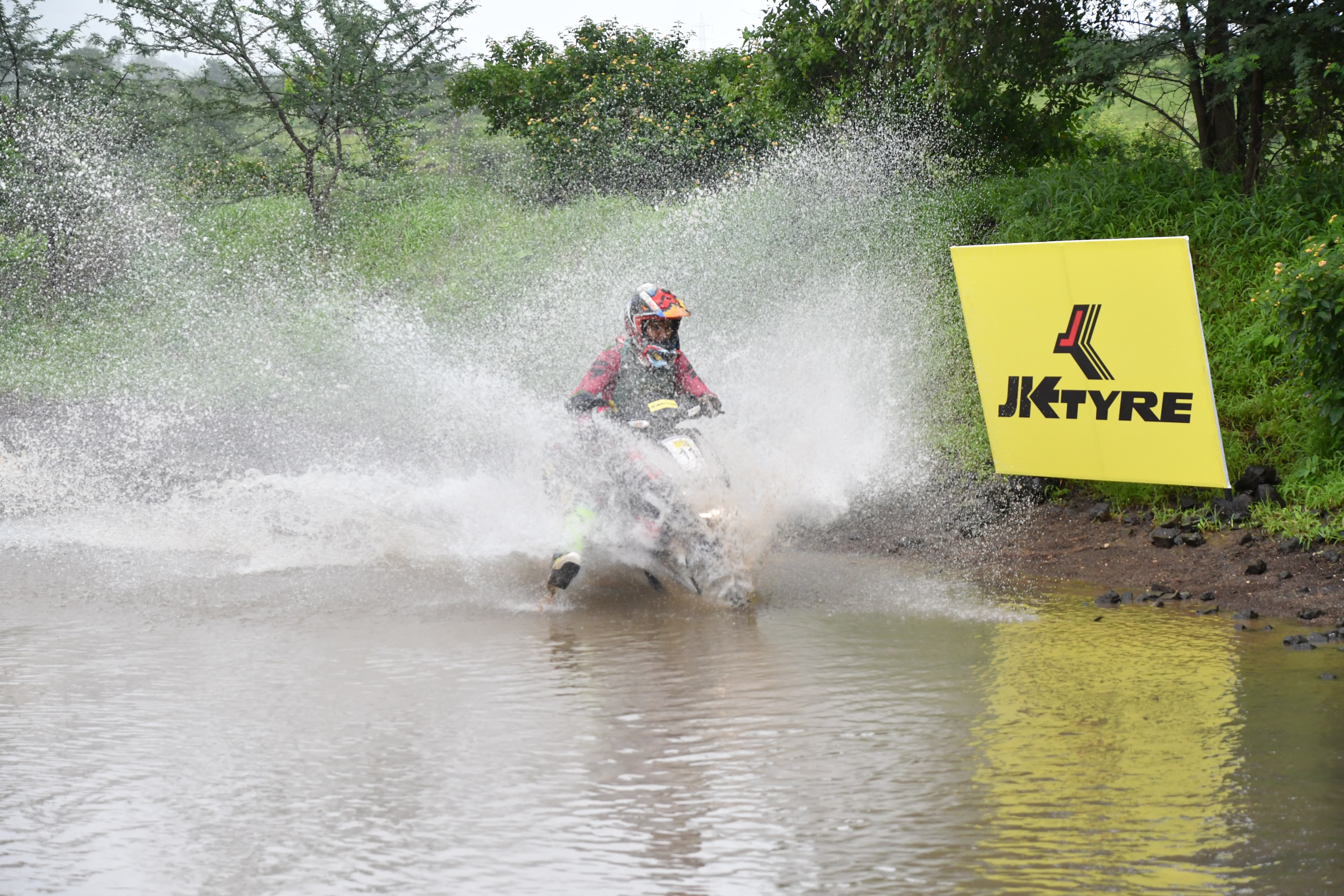 The veteran rider from Mumbai completed the 5-kilometre loop thrice over in picturesque Sarul Village in just 19 minutes and 13 seconds.

He was in his elements as he was the first to be flagged off. He needed just 6.13 minutes in his first run and 6.03 in the third; he recorded the fastest time, a sensational 5.57 minutes in the second run, making it the fastest time of the day.

Cheered on by enthusiastic fans even as light rain lashed the mountainous terrain, Shetty showed amazing control, confidence and courage to tame the dirt track.

The popular FMSCI-approved scooter rally, organised by Sportscraft and Powered by TVS Racing, had been shifted from Mumbai to Nashik at the last moment but still proved to be a huge success.

As many as 34 riders from different parts of the country, including Mumbai, Pune, Bhopal, Vadodara, Raigad, Panvel and Nashik took part. There were two lady riders too who enjoyed the challenge of wading through massive pools of water.

Two teams, Aprilia and TVS, fielded their teams too to underline that scooter rallying retains its charm.

"I am very happy that we managed to pull off the rally. We barely had 10 days to put everything in place after our original venue had to be abandoned due to reasons beyond our control," Shrikant Karani, the well-known organiser, said. "The competitors showed faith in our event and came over to Nashik and rode brilliantly to the delight of the local fans. The local association and the entire city gave us a lot of support," he added.

Aprilia's Pinkes Thakkar, among the early favourites, will count himself unlucky as he had to pull out of the rally when he was comfortably placed behind the leader. Some debris flew into his eye in the second loop and he had no other option but to retire.

The winners were rewarded with trophies and cash awards.

JK Tyre has always beenclosely associated with the world of sports. Almost three decades back thecompany laid down a long term and sustained approach to promote Motorsport.Participating in this form of the sport has helped the company in continuouslyupdating its products to meet the challenges of gruelling Indian conditions.The sport at

that time in Indiawas perceived for elite but JK Tyre took upon itself to package and redesignthe sport to suit the masses. The company not only made the sport affordablebut also equivalent to International operating standards. JK Tyre's foray intoMotorsport was a well thought out strategic decision to not only use anddevelop this virgin branding platform but also to realize the dreams of makingIndia a force in the field of motor sport.

Another pioneeringinitiative was the launch of the Truck Racing Championship in India inpartnership with Tata Motors. The company developed & designed "JetRacing"-thenew generation truck racing tyres especially for this application. With this,JK Tyre became the first tyre company to produce truck racing tyres in India.The combination of the Prima trucks fitted with Jet Racing received anoverwhelming response from participants and has definitely brought in arevolution in the Indian racing scenario.