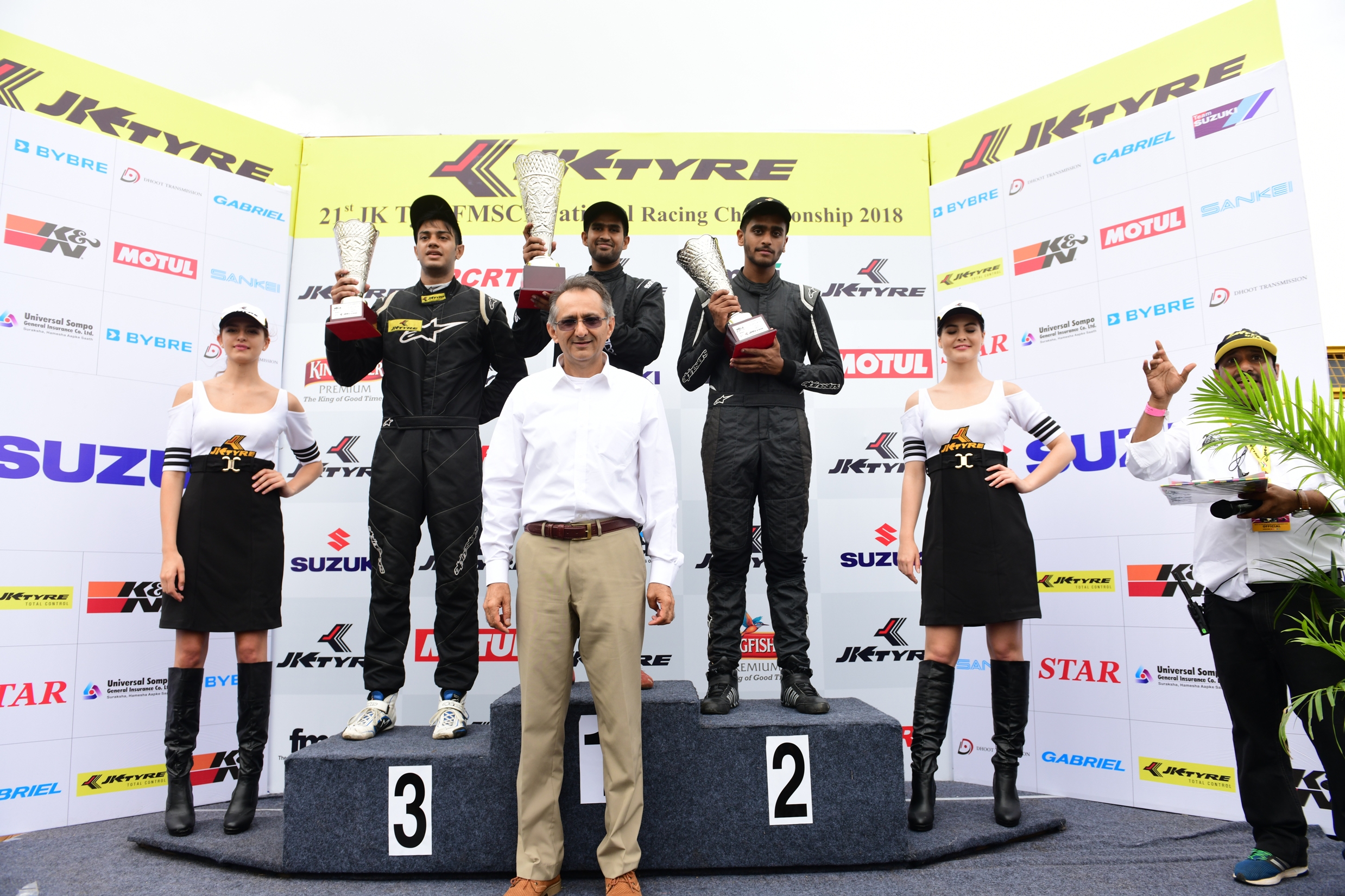 KarthikTharani, who won the laurels in this category on Saturday, however, made avaliant comeback in the fourth and final race to catch up with Perera as Round1 came to a thrilling finish.

Mumbai’sNayan Chatterjee stayed right behind the leaders by making the podium thrice onSunday, grabbing the second place twice and the third place once. AnotherChennai racer Ashwin Datta enjoyed a good run, finishing second in Race 4 andthird in Race 2 and 3.

In fact,Ashwin Datta has taken top position on the leader-board with 24 points,upstaging Perera and Tharani who have accumulated 23 points. Nayan has 20points.

The LGB 4too proved to be a tantalising affair, with Delhi’s Rohit Khanna and Chennai’sRaghul Rangsamy winning one race each. Chennai’s Vishnu Prasad had won Race 1on Saturday, to produce three different winners in the three races in thiscategory.

Vishnu andKolhapur’s Chittesh Mandody took the second and third places in both the racesto pick up valuable points. Vishnu, however, is ahead on points after Round 1with 22 in his kitty. Raghul and Rohit have 21 and 17 points.

In theSuzuki Gixxer Cup, Joseph Matthew continued his imperious run, remainingunbeaten over this weekend too. He finished the 10 laps in 14:16.799 minutes,recording his quickest time of 1:23.411 minutes in Lap 6 for his secondstraight victory.

Acarnival-like atmosphere reigned at the Kari Motor Speedway, with a big holidaycrowd turning up to enjoy the Race Day. Music, stunts and close races markedthe day, as the competitors gunned for glory.

The AhuraRacing team once again were greeted with the loudest cheers, with the fivegirls in red tackling the wet conditions with elan.

Theslippery track didn’t deter them, leading to a series of photo-finishes in allthe categories. Bryan Perera recorded the day’s fastest lap in Race 3, takingjust 1:00.279 minutes in his Euro JK 18 car.

JK Tyre has always beenclosely associated with the world of sports. Almost three decades back thecompany laid down a long term and sustained approach to promote Motorsport.Participating in this form of the sport has helped the company in continuouslyupdating its products to meet the challenges of gruelling Indian conditions.The sport at

that time in Indiawas perceived for elite but JK Tyre took upon itself to package and redesignthe sport to suit the masses. The company not only made the sport affordablebut also equivalent to International operating standards. JK Tyre’s foray intoMotorsport was a well thought out strategic decision to not only use anddevelop this virgin branding platform but also to realize the dreams of makingIndia a force in the field of motor sport.

Another pioneeringinitiative was the launch of the Truck Racing Championship in India inpartnership with Tata Motors. The company developed & designed “JetRacing”-thenew generation truck racing tyres especially for this application. With this,JK Tyre became the first tyre company to produce truck racing tyres in India.The combination of the Prima trucks fitted with Jet Racing received anoverwhelming response from participants and has definitely brought in arevolution in the Indian racing scenario.