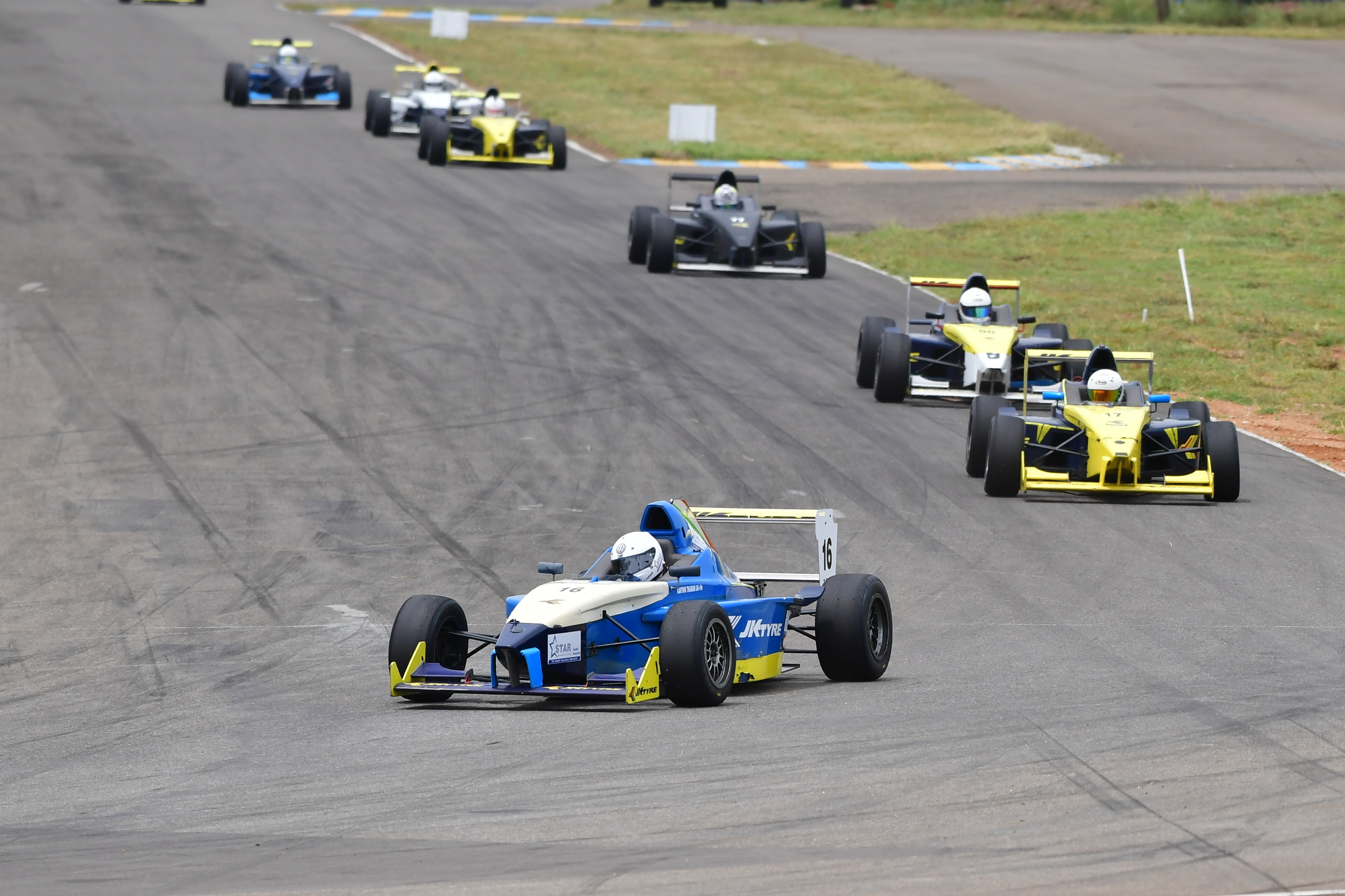 Coimbatore,July 6:  The JK Tyre-FMSCI National Racing Championship2018 will create history in its 21st edition, unveiling anall-women’s team in its opening round set to start at the Kari Motor Speedwayhere onSaturday.

The sixladies who have been selected after a nation-wide talent hunt will representAhura Racing, with a celebrity driver in the form of Maharashtra actressManisha Kelkar, leading the charge against the big boys of racing.

“We areproud to welcome an all-women’s team into the JKNRC,” Sanjay Sharma, JKMotorsports head, said. “We are confident that this will usher in a new trend,attracting many more ladies to motor sports,” he added.

JKNRC’s blue riband event, the Euro JK 18 will pit thecountry’s top 11 racers against each other, in what promises to be a fast andfurious affair. Last year’s third-place finisher Nayan Chatterjee will begin asthe favourite, with defending champion Anindith Reddy graduating to theinternational circuit.

The FB02’s first female racer Mira Erda and the teenage duoof Yash Aradhya and Nirmal Uma Shankar are likely to emerge as the newChallengers to experienced hands like Sri Lanka’s BryanPerera and Manav Sharma.

In the two-wheelers’ section, Joesph Matthewwill return to defend his crown in the JK Tyre presents Suzuki Gixxer Cup. TheChennai racer was at his dominating best last season, winning the championshipwell before the fourth and final round, and will hope to continue his good run.Sachin Chaudhary of Ahmedabad and Malsawmdawngliana of Aizawl will, however, bebreathing down his neck.

Like last year, the Red Bull Road to Rookies’ Cup will witness anactive participation from the North East, with seven out of the nine riders coming from Aizawl. The youngstersin the age

category of 12-16 will aim to blaze the tracks and earn themselves an all-expenses paidtrip to Spain to represent India at the mega event.

JK Tyre has alwaysbeen closely associated with the world of sports. Almost three decades back thecompany laid down a long term and sustained approach to promote Motorsport. Participatingin this form of the sport has helped the company in continuously updating itsproducts to meet the challenges of gruelling Indian conditions. The sport atthat time in India was perceived for elite but JK Tyre took upon itself topackage and redesign the sport to suit the masses. The company not only madethe sport affordable but also equivalent to International operating standards.JK Tyre’s foray into Motorsport was a well thought out strategic decision tonot only use and develop this virgin branding platform but also to realize thedreams of making India a force in the field of motor sport.

Another pioneeringinitiative was the launch of the Truck Racing Championship in India inpartnership with Tata Motors. The company developed & designed“JetRacing”-the new generation truck racing tyres especially for thisapplication. With this, JK Tyre became the first tyre company to produce truckracing tyres in India. The combination of the Prima trucks fitted with JetRacing received an overwhelming response from participants and has definitelybrought in a revolution in the Indian racing scenario.