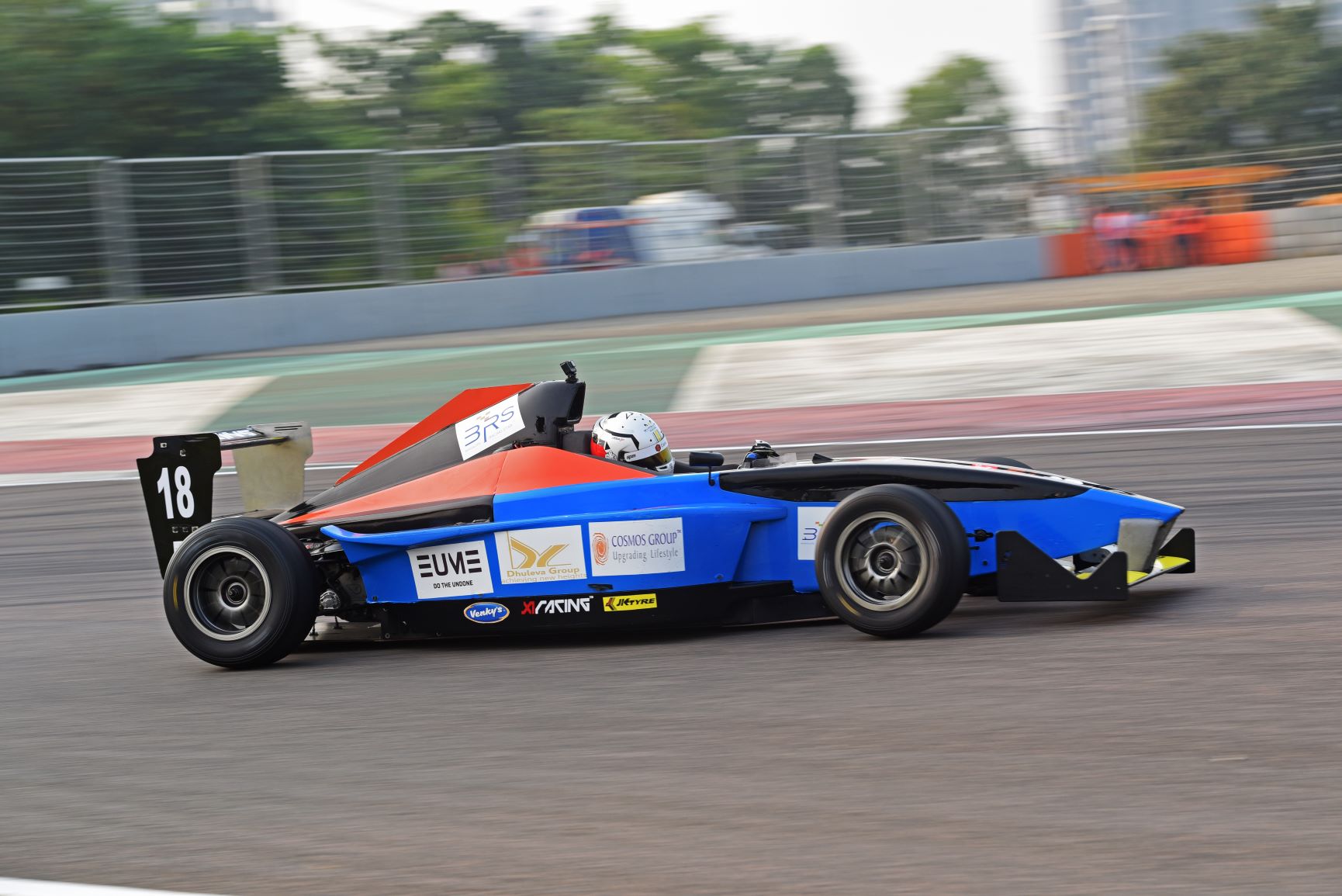 Vishnu, Raghul showdown in LGB 4; Tanay, Muzammil to battle it out in Gixxer Cup

Greater Noida, November 30: The stage is set for a spectacular day of races at the Buddh International Circuit, with the LGB Formula 4 and the JK Tyre Suzuki Gixxer Cup poised for a sensational showdown in the JK Tyre Festival of Speed in front of over 40,000 fans.

Chennai’s Vishnu Prasad and Raghul Rangasamy, close friends and arch-rivals in the LGB-4, were tied on 73 points after Saturday’s two races and have one last race to battle it out for the coveted title in the JK Tyre FMSCI National racing Championship on Sunday.

The Gixxer Cup too went topsy-turvy with championship leader Tanay Gaikwad suffering an unexpected DNF on Saturday. The Pune lad (54 points) has now slipped to the second position, with Syed Muzammil Ali jumping into the lead.

Bengaluru’s Muzammil collected 10 points on Saturday, comfortably winning the race to move to 56 points. This one too comes to the final race on Sunday, with the winner likely to walk away with the coveted trophy.

Mumbai Falcons were the other formidable team, cruising to the third position thanks to Karthik Tharani and Mikkel Jensen in Race 1 and the second position, with Kush Maini and Pippa Mann, starring in Race 2.

In the JK Tyre Super Bike 1000cc, Bhumik Lalwani and Dilip Lalwani of Mount Abu clinched the honours, taking the first two places. Simranjeet Singh of Delhi took the third place to set the stage for another close finish.

The BIC is expected to be packed to the hilt on Sunday as the much-awaited big day in the JKFOS arrives. A special entertainment package has been lined up, with world-class stunts and live DJ music promising to thrill the packed house. Punjabi pop star Daler Mehndi will be the main attraction, belting out his mega hits.