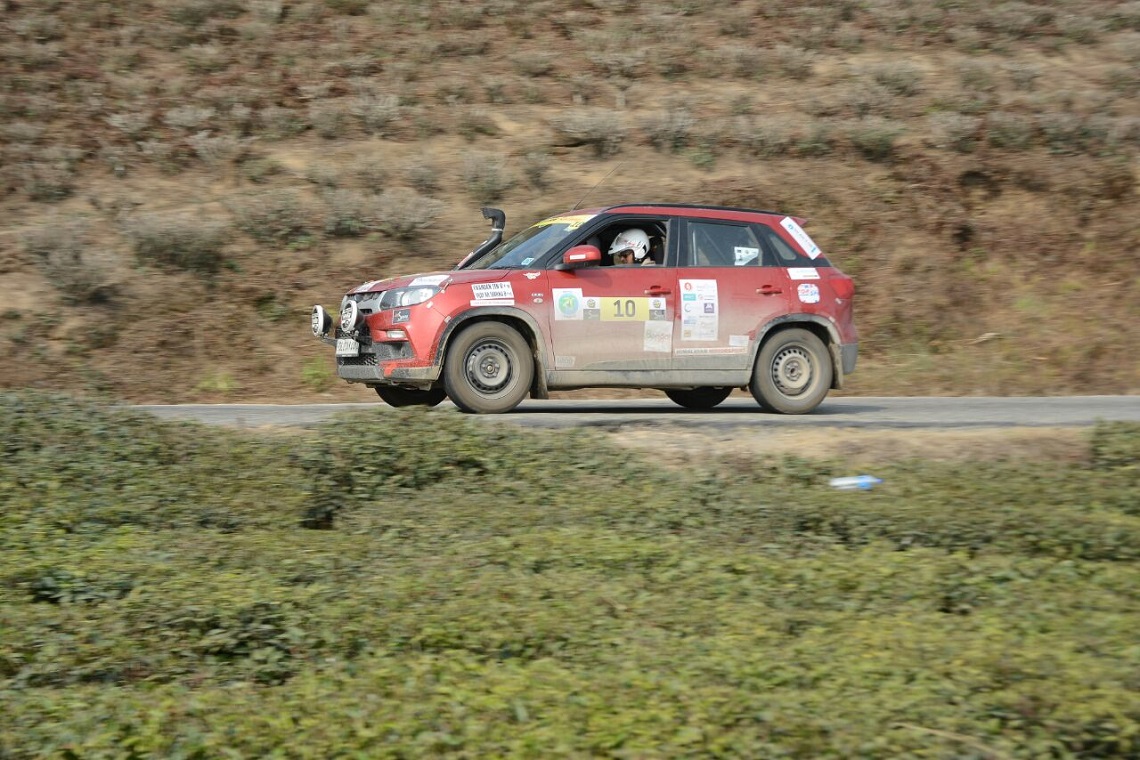 Hile (Nepal), 1st March 2017::The Biswa Bangla JK Tyre Himalayan Drive 5 created motorsports history on Wednesday by becoming the first TSD (Time, Speed and Distance) rally from the country to enter a third nation, even as Asgar Ali and Muhammad Mustafa continued their reign for the fourth successive day.

The five-day rally that began in Siliguri went all the way to Bhutan before returning to India and then making its way to Nepal. On the final day, on Thursday, it will come back to Siliguri to make it India’s first and only ti-nation TSD rally.

India’s kings, at the time of writing, were comfortably ahead of the field and should take the championship too unless they suffer an unexpected mishap, or somebody pulls off something miraculous.

The rallyists started from Darjeeling on Wednesday morning and made their way to Ghoom, which has India's highest railway station at 7407 feet. They then drove down the pine-tree lined road to Mirik to reach Pashupatinagar in the Indo-Nepal border. Once inside Nepal, the rallyists drove down the hills to reach the Terai region of that country and took the East-West highway before turning right into a dirt track through a forest and then drive over a river bed. This 20 kilometer-stretch was the toughest part of the day's rally and tested the competitors' skills and endurance skils, especially since this stretch came at the fag end of the 260- kilometer-long fourth leg of the rally. The fourth leg had 15 time controls.

The flagoff on a crisp and sunny Wednesday morning was an impressive affair with Darjeeling Superintendent of Police Amit Javalgi doing the honours in the presence of Gorkha Territorial Administration (GTA) member Taranga Pandit and GTA tourism secretary Gopal Lama. The flag-off ceremony was held at the majestic Bhanu Bhawan against the backdrop of the snow-capped peaks of the eastern Himalayas. The smartly-attired police band added to the festive ambience by turning out popular and catchy Nepali and Hindi numbers.

On entering Nepal at Pashupatinagar, the rallyists were greeted by the pleasant sight of a felicitation organised by local people there. A large group of school children lined the road waving flags of Nepal, India and Bhutan. The competitors were felicitated in the traditional manner with khadas (white silk scarves). The Nepal leg of the rally is being organised ib association with the Nepal Automobile Sports Association.