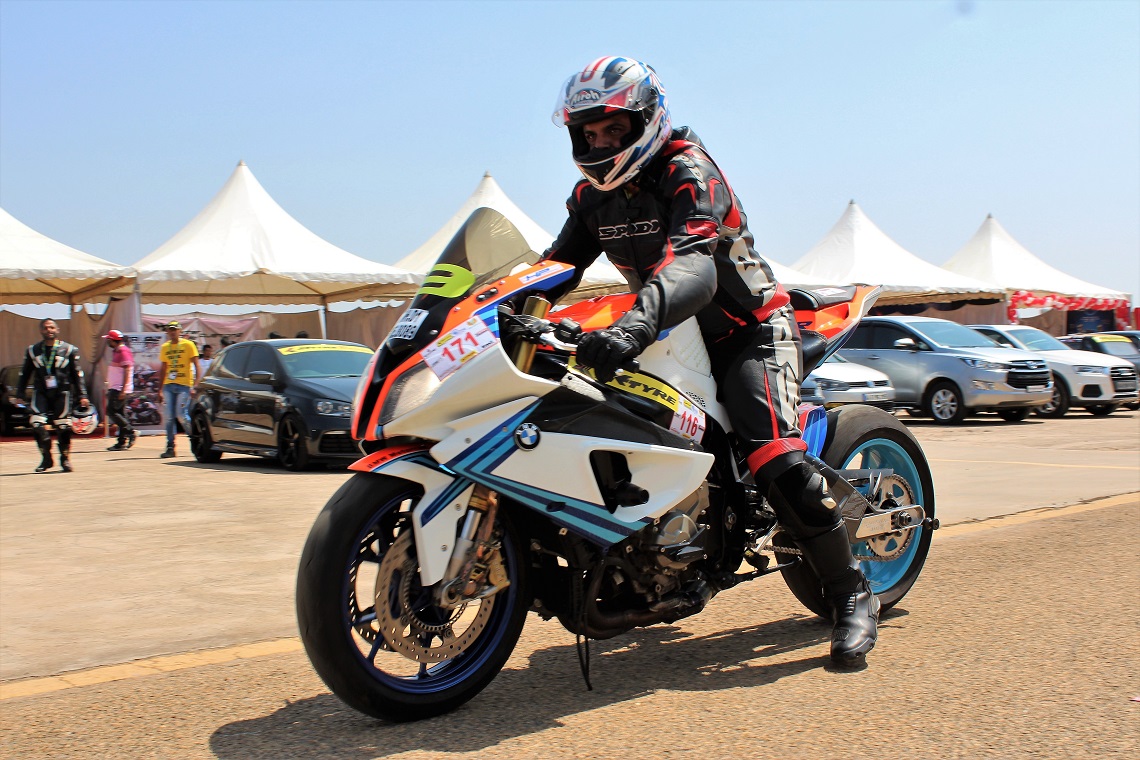 Bangalore, 28th April 2017:: India’s garden city will come alive with the furious sound of super bikes and super cars as speed junkies from across the country race against each other for glory in the country’s premier Quarter Mile championship, JK Tyre Vroom, here on Saturday and Sunday.

As many as 600 participants all the way from Assam to Indore, Kolkata to Pune, Mumbai to Kochi, Chennai to Hyderabad and of course Bengaluru and Mysore will flex their muscles and show off their mean machines in what promises to be a show like never before.

Held under the aegis of FMSCI, JK Tyre Vroom 2017 will see super bikes ranging from Suzuki GSX 1000 to BMW 1000RR and Yamaha R6 to Ducati 1299 Panigale; car lovers can hope to watch Lamborghinis and Bentleys, Audis and Porsches fly over the quarter mile stretch at the majestic Jakkur Aerodrome on the outskirts of the city.

Most of the top quarter mile racers, including Partab Jayaram and Joel Joseph in four-wheelers and Zubair Ali Jung and Rizwan Khan in two-wheelers, will try to assert their supremacy over the weekend.

“This is the biggest quarter mile event in the country,” Sanjay Sharma, president of JK Motorsports explained. “Fans can see some of the fastest racers go full throttle on a number of amazing bikes and cars,” he added.

Quarter-mile racing, known as drag racing, is an extremely popular sport in the world, with two drivers competing against each other on a straight stretch over a quarter of a mile (approximately 402 metres).JK Tyre Vroom, organised by Geneva Services, is into its third edition and draws thousands of spectators every year. This year, there are as many as 13 categories for motorbikes up to 1050cc bikes. There is a separate class for ladies and a Jawa/Yezdi class for the romantics as well.

On Sunday, adrenaline will be at the highest as the action begins with duels between the super bikes. Later in the day, it’s going to be non-stop fun with categories like Foreign Cars, Indian Cars (F.I/Nitrous), Indian Touring Cars, Indian Open, Indian Hatchback Open, Pro Stock Diesel and Unrestricted Class entering the fray.