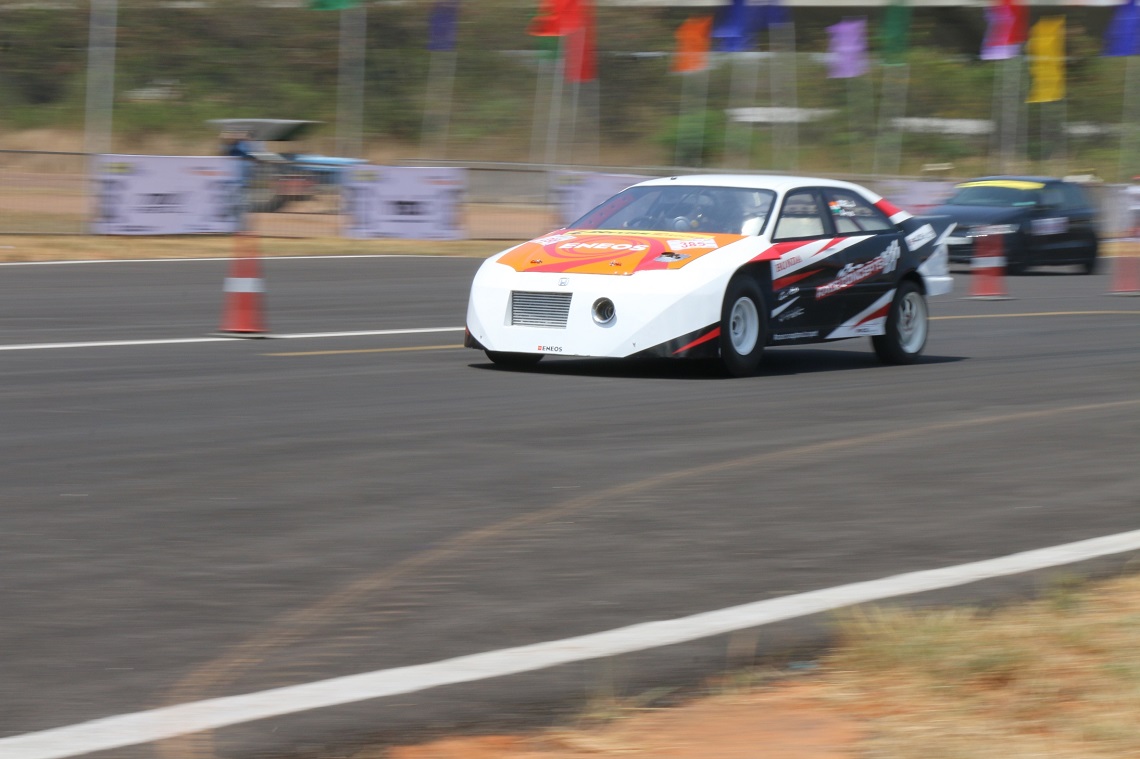 Riyaz, a runner-up in the National Drag Racing Championship, was supreme in the Unrestricted Open Class, completing the 400 metre dash in just 9.869 seconds. Racing on his favourite Yamaha RD 7, his reaction time was an amazing 0.507 seconds at the start that give him an unbeatable edge over all the competitors.

“I have come straight from a good stint in Hosur and was feeling good,” Riyaz said. “I was confident of a good outing and right from the start of the race, I knew that I was on a roll,” he added.

“I know my bike very well and I had full faith in myself. I really enjoyed myself,” Riyaz said, when asked about his victory.

In the four-wheeler Unrestricted Class, local boy Joel was a picture of confidence in his Honda City Turbo Dragster. He won the race handsomely as excited fans cheered him on, needing just 12.763 seconds with a great reaction time to clinch the title and all the bragging rights.

Joel reigned supreme in the Indian Open as well to make it a grand double. He clocked a total time of 12.673 seconds which was beyond all the others' reach.

“I am very satisfied with both my runs today. Coming to the event as a defending champion gave me that confidence and I always knew I had a great chance,” Joel said.

Earlier, Riyaz looked good for the championship mantle in the speedy 851 to 1051cc Class as well, after having clocked 9.912 seconds. But seasoned Rizwan Khan pulled off a sensational run, recording the quickest time of the day: 9.677 seconds.

“It was an amazing performance by Rizwan,” the Hyderabadi said, graciously acknowledging his friend-cum-rival’s victory.

In the Super Sport Indian Open, Kaleem Pasha of Bengaluru proved to be the king, taking the title in flat 11.778 seconds.

Nidha Adeni of Bangalore, the only lady racer on the second day of the JK Tyre Vroom event, finished a commendable fifth in the Indian Cars' 1101-1400 cc category.