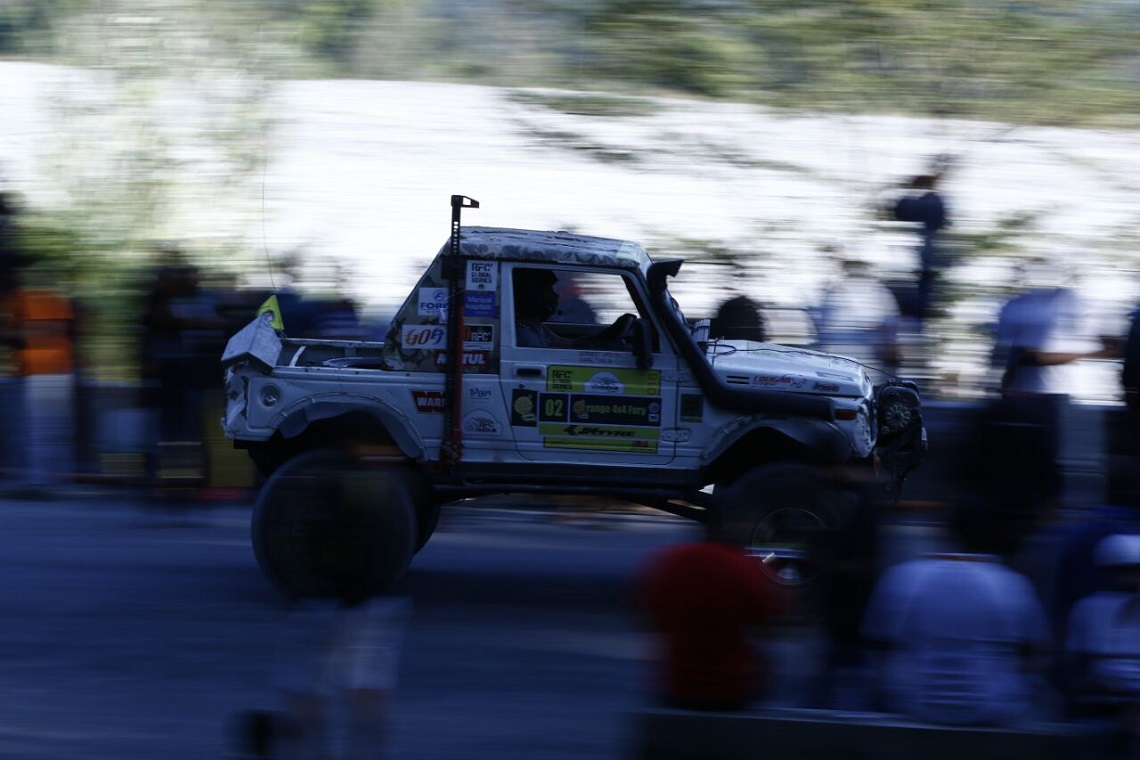 Dambuk Valley (Arunachal Pradesh), 15th December 2016::The JK Tyre-Orange 4x4 Fury, the ultimate natural offloading event in the country, got off to a spectacular start here at the picturesque lower Dibang Valley on Thursday, with the Gerrari Offroaders from Chandigarh maintaining their supremacy after Stage 1.

The four member team, comprising of two cars each, led by drivers Sanbir Dhaliwal and Padam Chauhan overcame all the obstacles in 10.41 minutes even as excited crowds cheered them on. They were ably assisted by co-drivers Gurpartap Singh and Maneet Sandhu, as they manoeuvred past one 10-foot long pit after another using two long planks which were barely as wide as the tyres.

“It was game of coordination,” said Sanbir Dhaliwal. “Between the drivers, the co-drivers and the machines. We couldn’t afford to make a single mistake as the entry points into and the exit points from the pits were also very tough,” he added.

The three pits were lined up next to each other, and the team had to drag the same heavy planks to get past all the pits. In all, there were eight obstacles and the offroading vehicles were tested to their last bolts.

As many as seven teams participated in the JK 4x4 Fury, making up 28 participants. Only three teams managed to complete the first stage. There was a special category for participants from the North-East. They were allowed to participate as individuals with two members making up a team in one car. They had a better run, with as many as four of them getting past all the obstacles.

The offloading event is part of the highly popular Orange Festival of Adventure and Music held every year in the wilderness of Arunachal Pradesh. The first day had two stages, including a night stage, while the second day will see a lot more action, with four crucial stages being held. On the third and final day, two more stages will be held for the champions of 2016 to emerge.

On Thursday, the ‘Showman Stage, saw the defending champions slip to the third place on a tough day for them. Kabir Waraich ******** and of

“My co-driver wasn’t too well today, as he had cramps in his stomach. Otherwise, we had done much better,” Kabir said. “I am sure we are going to have two good days and we will be back in the top,” he added.