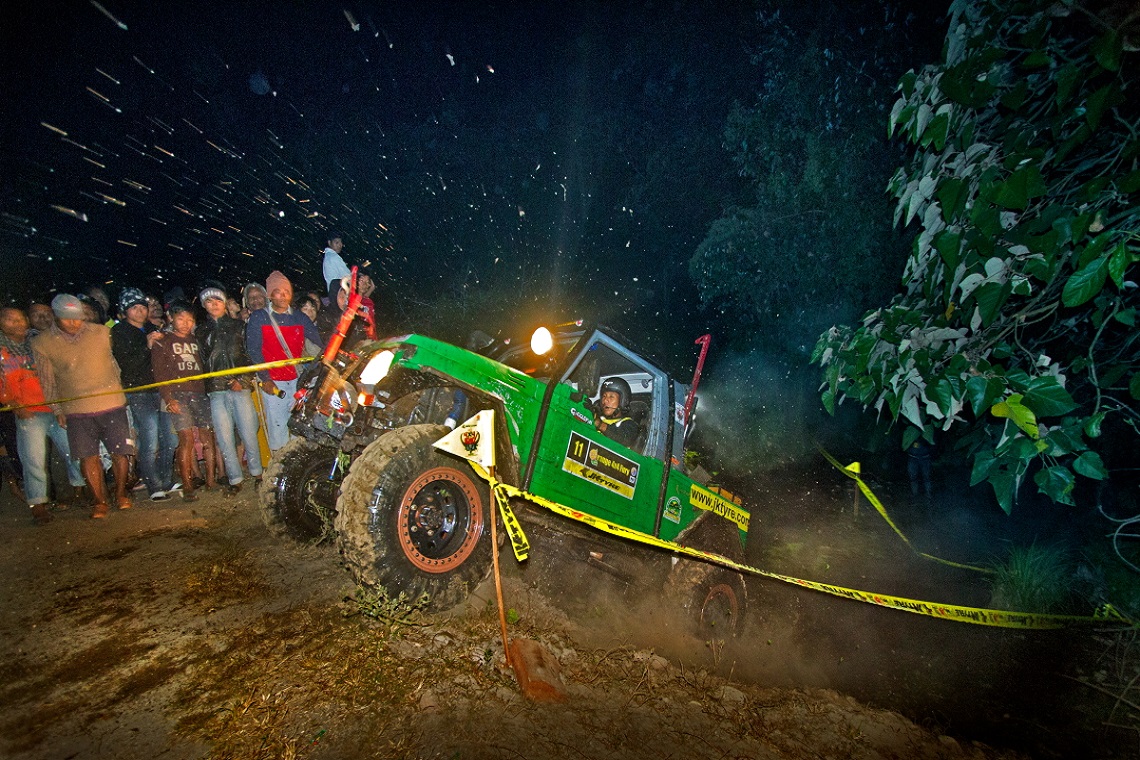 Dambuk Village (Arunachal Pradesh),16th December 2017::The JK Tyre-Orange 4x4 Fury, the ultimate natural offloading event in the country, got off to a spectacular start here at the picturesque lower Dibang Valley on Saturday, with the Gerrari Off-roaders from Chandigarh streaking into the lead after Stage 2.

The four-member team, comprising of two cars each, led by drivers Kabir Waraich and Gurmeet Singh, overcame all the obstacles in their path to steal the early advantage even as excited crowds cheered them on.

They were ably assisted by co-drivers Yuvraj Tiwana and Dushyant Khosla, and the foursome notched up 204 points in the two stages.

KASC, which fielded two teams, were in the second position with 195 points. Driven by Ranjith Babu and Athul Thomas, they put up a stellar show along with co-drivers Vipin Das and Joby Jose in the morning stage to jump one place after slipping to the third place during the first night stage on Friday.

Called the Dance of Sisari, the stage required the first pair to cross the river bed and the second to tackle the dry stony bed and meet at a designated spot on the dry bed before crossing the finish line.

Team Renegade Jeepers from Calicut stayed in the competition with 185 points while Team KTM from Kottayam were in the fourth place with 179 points.

The Renegade Jeepers, served by the two pairs of Shad and Siraj and Navas Shareef and Rajeev Lal, struggled a little on Day 2 to yield their four-point advantage.

KTM, with Sam Kurian and Vishnu Raj in one jeep and Robinson and Sawan in the other, did well in both their stages but were penalised for not sticking to the rules which hurt their challenge.

The offroading event is part of the highly popular Orange Festival of Adventure and Music held every year in the wilderness of Arunachal Pradesh.