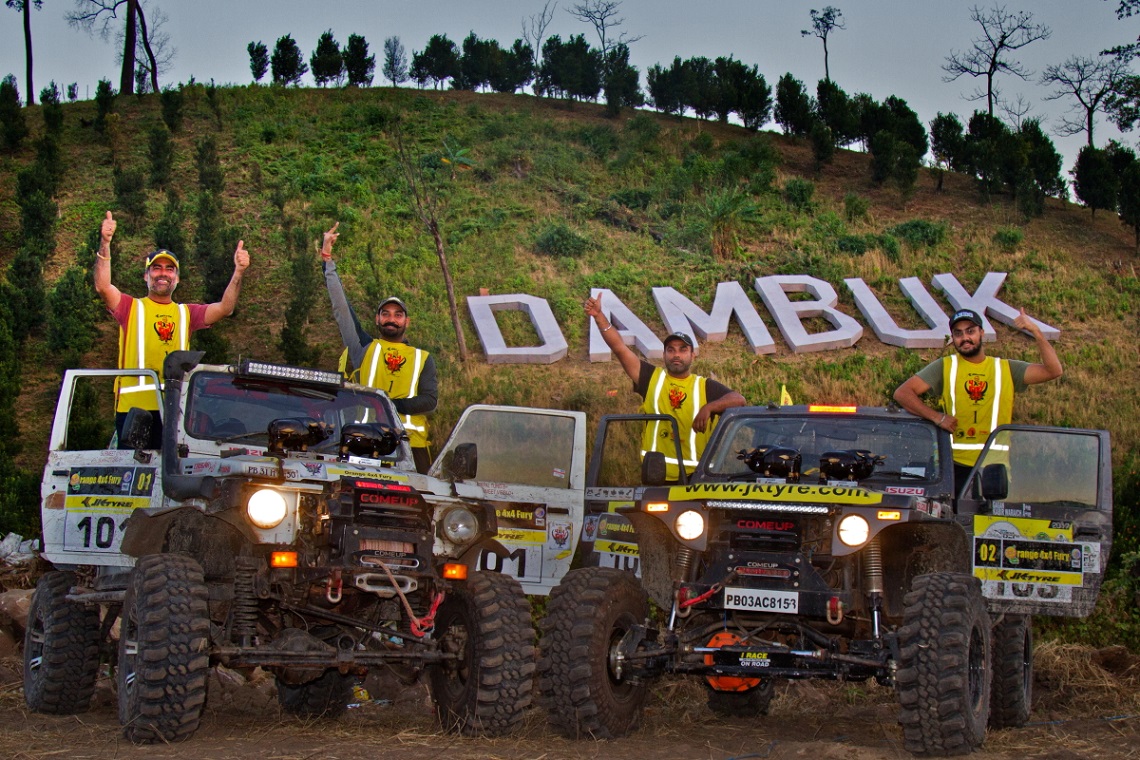 Dambuk Village (Arunachal Pradesh),17th December 2017::Overnight leaders Gerrari Off-roaders from Chandigarh proved to be the most accomplished team in the JK Tyre-Orange 4x4 Fury, clinching the coveted title and the winners’ prize purse of Rs 2.5 lakh with ease here on the third and final day on Sunday.

Kabir Waraich and Gurmeet Singh proved to be in a different league, excelling on each of the three days to amass 514.5 points to win the title.

Association of Off-roaders from Nagaland (AON) mustered 398.5 points to take the second place while home team MOCA grabbed the third position to round off a sensational show for the North-Eastern teams.

Gerrari’s Kabir and Gurmeet were ably assisted by co-drivers Yuvraj Tiwana and Dushyant Khosla as they worked brilliantly as a team to surge ahead on the second ahead day itself.

Gerrari stumbled just a little on Day 2, slipping to the fifth place in one of the stages. But they were unbeatable in all other five stages to be crowned unchallenged kings.

In the final stage, Showman, they had to tackle a man-made gradient which was twelve feet high followed by a sharp drop down. It was all about the right technique and precision.

Kabir Waraich and Gurmeet Singh showed nerves of steel and great control to comfortably win these stages too.