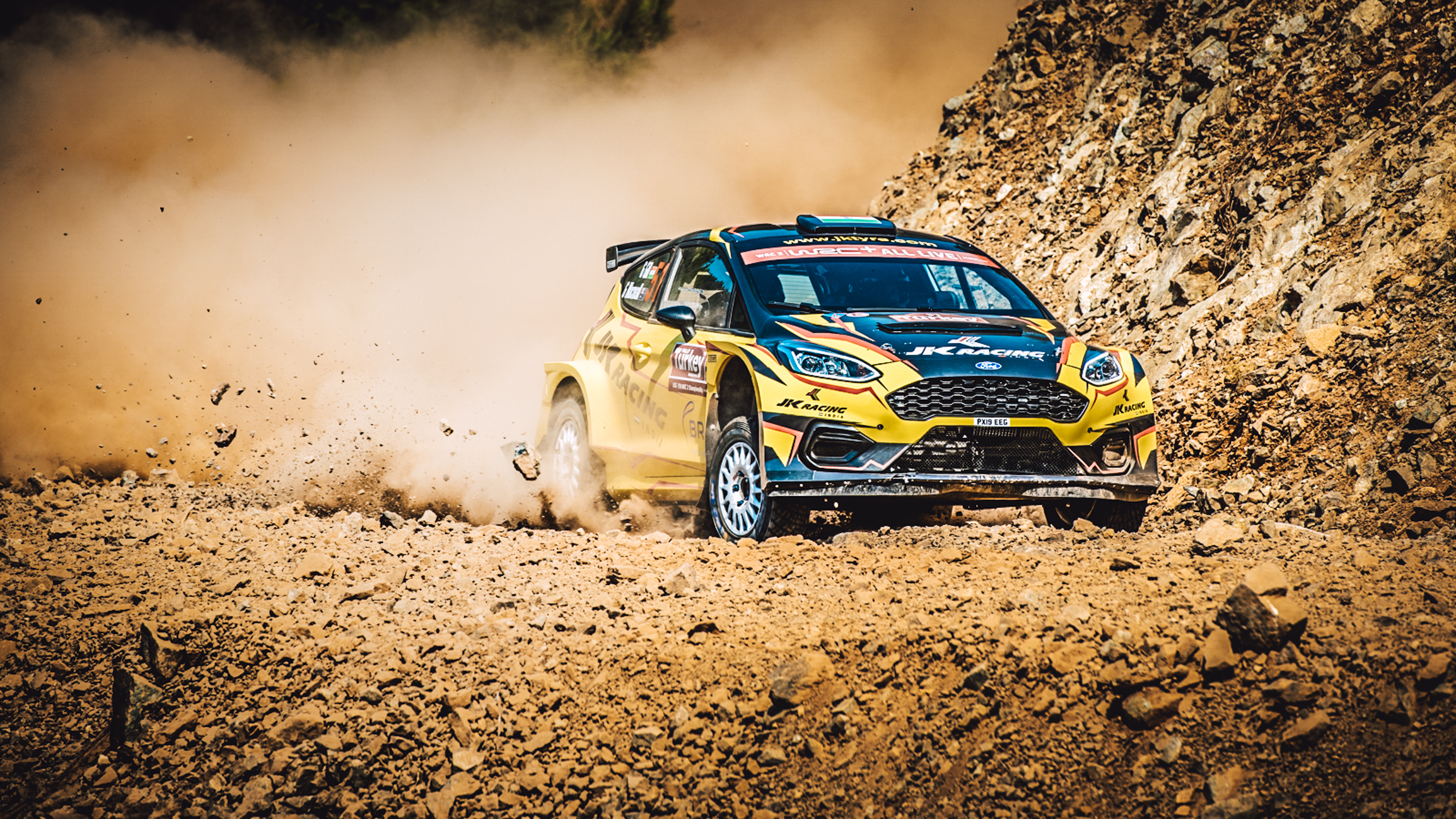 Ace Indian rallyist Gaurav Gill showcased his skill and winnability in the Rally of Turkey by dazzling in the opening four stages on Friday.

Driving for JK Racing, Gaurav ( with Glenn Macneall of Australia as co-driver) proved his mettle in one of the world's toughest rallies and set the pace from the word go in his brand new untested EcoBoost-powered R5 MkII Ford Fiesta, clocking the fastest time in the shakedown on Thursday.

Gaurav, who was recently bestowed with the Arjuna Award, the first motorsport person from India to achieve the feat did not have enough time to test his car as the vessel carrying the vehicle docked in late leaving him little time to have a test ride. And despite all the odds, he proved his worth behind the wheels and stayed in contention to finish on the podium, giving the WRC regulars a run for their money. He was in ominous form despite facing setbacks with his car and was poised for his maiden podium finish in the WRC 2 before a series of unfortunate incidents hit him.

He was on the threshold of making it a perfect start to his 2019 international campaign and at one stage, after SS2 in fact, he had moved up to the third position to put himself in line for a podium finish.

In the first spectator friendly super special stage on Friday night, he got off the blocks a little slow but still posted a time of 2:12.1 minutes, the fifth fastest in his category. The second stage was replete with drama, with his car spinning mid-way through the run and also developing a puncture in the later part.

Despite that, Gaurav managed to complete the 24.85 km long second stage in a mere 19:45.1 minutes to move up the ladder.
Placed third after SS2, it looked like that the three- time APRC champion, driving as a registered driver in the WRC2 for the first time, would close the gap in the next stage but bad luck followed him again. He endured a flat tyre after he hit a hole and lost out on precious minutes to end the stage with a time of 33:03.5 minutes.

He recovered brilliantly in the fourth stage, posting a time of 13:10.1 minutes to remain four minutes adrift of the leader and three minutes off the third place.

With an eye to close the gap on the leaders, Gaurav started well in the fifth stage but with just 4.5 kilometres into SS5, he suffered a front-left suspension damage cutting short his day.
"It was just bad luck. We had a mechanical failure and our lower arm joint under braking snapped. The car did not face any damage but we were lucky that the malfunction did not happen in the corner as that would have seen us slide down the hill," Gaurav sighed after the fifth stage.

The Rally of Turkey, considered one of the toughest rallies in the world, covers a total distance of 988.50 kms with 310.10 kms earmarked for 17 special stages. Most of the stages will be on gravel, with a few of them running on concrete tiles and tarmac too.

The WRC2 has seen many major changes, with one category set aside for manufacturer-supported entries and the other for independent drivers. Gaurav is in the latter, having the option of the buying or hiring a car from a manufacturer and operating his own team.

His best six scores count towards a driver’s championship, giving him a very good chance this year.