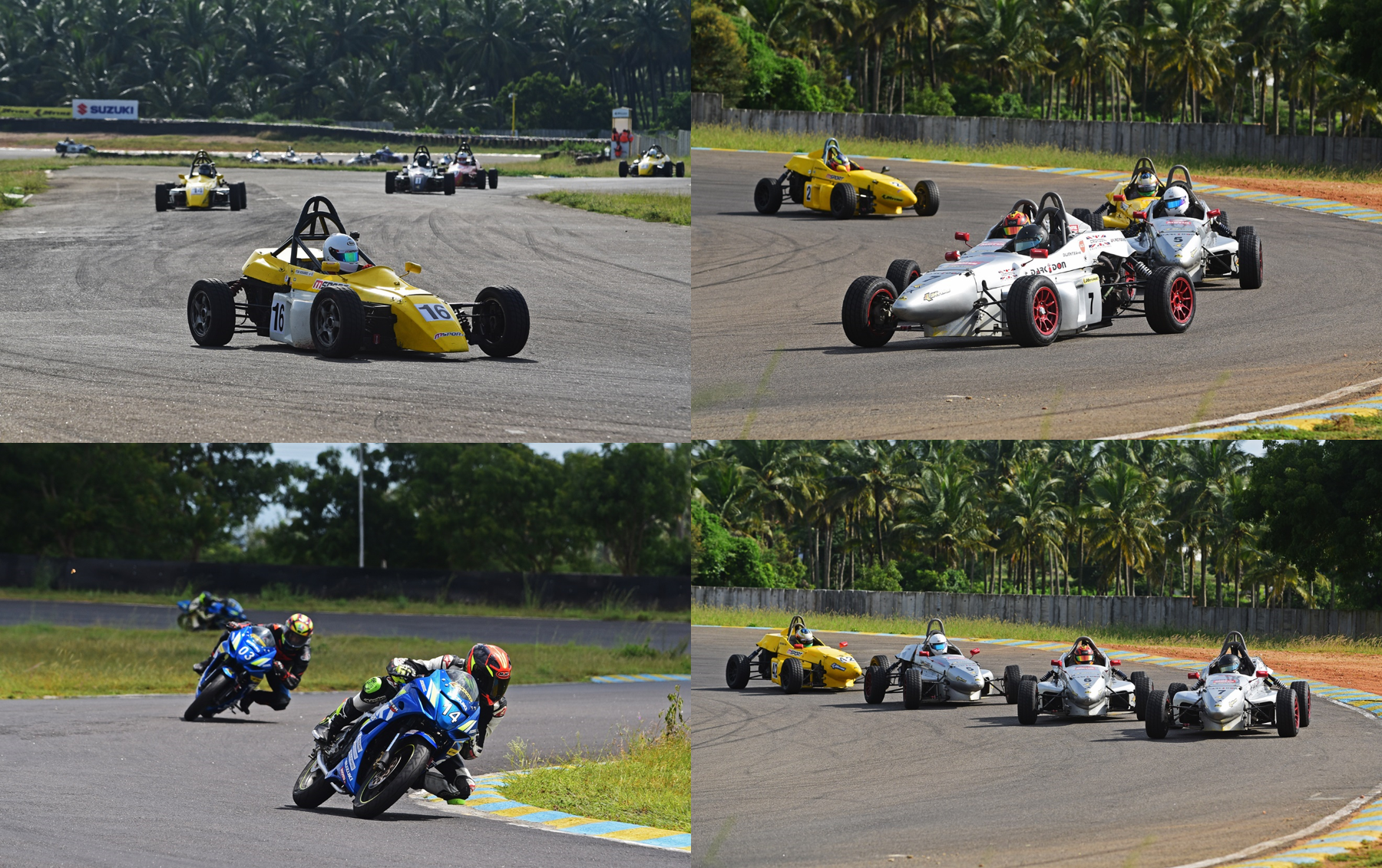 Diljith, Tanay and Ryan take honours on Day 1 of JKNRC Round 3
28 September 2019

Diljith TS kept himself in the hunt for the Formula LGB-4 title, emerging victorious on Day 1 of the JK Tyre FMSCI National Racing Championship 2019 here at the Kari Motor Speedway on Saturday.

Dark Don Racing’s Diljith, starting third on the grid, had to stave off a stiff fight from his prime rivals, Vishnu Prasad and Raghul Rangasamy of MSport, to pick up 10 points on offer. He took just 20:52.145 minutes to finsih the

Meanwhile, Mohammed Ryan of MSport kept his nose ahead in the championship race in the JK Tyre Novice Cup.

Second on the table, the Chennai lad was on fire, winning both his races in style. His team-mate Chirag Ghorpade finished second behind him in Race 1 while Mihir Avalakki of Birel Art took the third position.

In the JK Tyre Suzuki Gixxer Cup, Pune’s Tanay Gaikwad made the most of Bengaluru’s Muzammil Ali misfortune. The two riders, tied at the top of the leader-board at the start of the round, were engaged in a keen tussle in Race 1 before Muzammil fell off the bike to clear the path for his closest rival.

Tanay clocked a total of 14:10.820 minutes to complete his stipulated 10 laps to finish ahead of the pack and go atop the charts. Bengaluru’s Jagadeesh N finished just two seconds off Tanay to take the second place while Sidharth Sajan of Coimbatore took 14:17:570 to finish third on the podium.