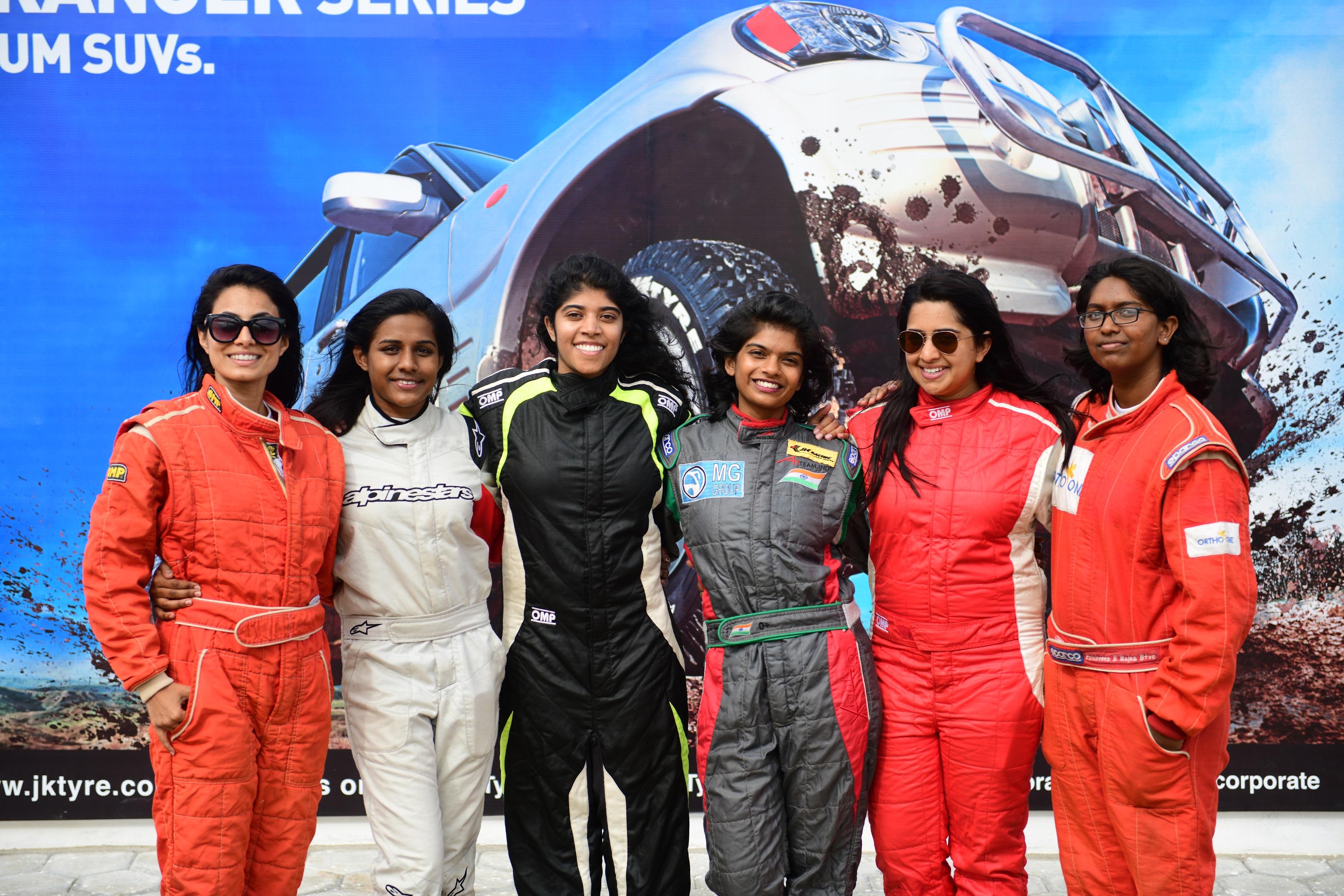 Seasonedracer Vishnu Prasad (MSport) staved off a stiff challenge from Sandeep Kumar(Dark Don) and Raghul Rangasamy (also of MSport) to win the highly competitiveopening race in the LGB Formula 4.

Inthe Suzuki Gixxer Cup, defending champion Joseph Matthew was at his imperiousbest once again, taking the first race of the season in 14:15.877 minutes. Hewas over 3 seconds faster than Aizawl’s Malsawmdawngliana and Bengaluru’s SyedMuzamil Ali, who was a further 3 secondsbehind.

TheRed Bull Road to Rookies was once again dominated by the boys from thenorth-east, with Zothanmawia and Andy Lalhmangaihsang taking the first twoplaces. Jerome Vanlalrengpuia from Mizoram finished third.

Theday, however, belonged to the girls from Ahura Racing in their striking redcars and uniforms. The six girls created history on Friday,becoming the first all women’s team to compete in India. Five of themeventually competed in the LGB 4 category, and did well to finish the race.

Racingfor the first time ever, Coimbatore’s Megaa KS beat the rest of the girls,impressing with an overall timing of 18:09.051 minutes. Pune’s Dr RitikaOberoi, a seasoned motorsports competitor, chased her all the way, taking oneextra second.

Race2 of the Euro JK 18 could not take place on Saturday afternoonas scheduled due to a technical glitch. It will now take place on Sunday, when Round 1 concludes.

JK Tyre has alwaysbeen closely associated with the world of sports. Almost three decades back thecompany laid down a long term and sustained approach to promote Motorsport.Participating in this form of the sport has helped the company in continuouslyupdating its products to meet the challenges of gruelling Indian conditions.The sport at that time in India was perceived for elite but JK Tyre took uponitself to package and redesign the sport to suit the masses. The company notonly made the sport affordable but also equivalent to International operatingstandards. JK Tyre’s foray into Motorsport was a well thought out strategicdecision to not only use and develop this virgin branding platform but also torealize the dreams of making India a force in the field of motor sport.

Another pioneeringinitiative was the launch of the Truck Racing Championship in India inpartnership with Tata Motors. The company developed & designed“JetRacing”-the new generation truck racing tyres especially for thisapplication. With this, JK Tyre became the first tyre company to produce truckracing tyres in India. The combination of the Prima trucks fitted with JetRacing received an overwhelming response from participants and has definitelybrought in a revolution in the Indian racing scenario.