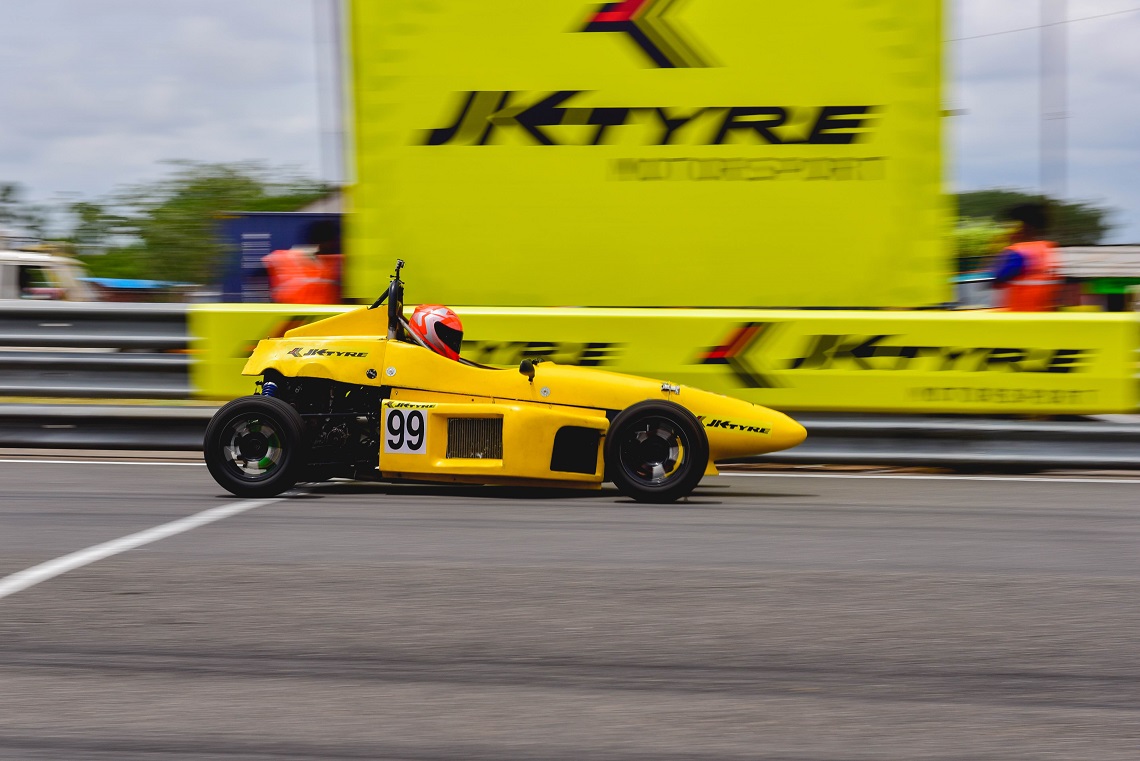 Coimbatore,  29th July 2016: The JK Tyre FMSCI National Racing Championship that gets under way here at the Kari Motor Speedway on Saturday promises to be bigger, faster and much more exciting than ever before.

The racing capital of India, Coimbatore, is abuzz with excitement at the prospect of the upgraded Formula BMW cars, rechristened as the Euro JK 16, being unveiled and scorching the track over the weekend. With its new aerodynamics and slicker new tyres, they are expected to shave off 8 to 10 seconds over its race distance of 2.1 kilometre compared to last year.

The longest running racing championship, in its 19th edition, will see old rivalries resume and new challengers emerge in three categories: the Euro JK 16 India Series, the LGB 4 and the Indian Touring Cars.

Leading the pack in the Euro JK 16 category will be well-known racers Krishnaraaj Mahadik and Akhil Rabindra who have been creating ripples in the British Formula 3 championships. Akash Gowda, Mohammed Nalwalla and Kush Maini who have been pitting their skills against the world’s best in the FIA Formula 4 will also be strong contenders in a field of 12 racers.

Among the debutants in this class, all eyes will be on defending Senior Max champion Ricky Donison. Currently the runaway leader in the JK Tyre-FMSCI National Rotax Karting Championship, he will be hoping to make a successful transition from karting to single-seater racing.

The LGB 04 races promise to be equally fascinating with Sudarshan Karwal, Rohit Khanna and Sneha Sharma expected to be among the title contenders. Apart from Sneha, Mira Erda is the other woman racer making it a pack of 19 top racers. Twenty-three year old Vishnu Prasad, a seasoned racer and winner at 23, will be hoping to crack this jigsaw and add this trophy to his cabinet.

The return of the Indian Touring Class, involving super saloons, to the championship is a welcome addition to this year’s calendar. Defending champion Arjun Narendran will be the name to watch out for in this class.

On the entertainment side, the stunt driving team led by racing legends Hari Singh, Rohitaaz Kumar and Sunny Sidhu, has put together an exciting never seen before package. They have all worked on several new routines during the off-season and will be seen in 1600 Maruti-Suzuki Balenos this year.

Race lovers in Coimbatore are in for a bigger treat as the National Championship is going to be a lot more than speed and racing. A special adventure zone has been created for kids and adults alike, which will include a Zip Line, a Free Fall and various obstacle courses. An international band will be performing all through the day to create the ambience for a perfect mix of speed, music and glamour.

In addition, 20 lady bikers from Bangalore who are part of the popular Bikerni group, will be riding around the city on Saturday and Sunday to promote road safety among youngsters. They will also lead a ride from the District Collector’s Office to the Kari Speedway on Sunday in which a number of racing enthusiasts are expected to join in.