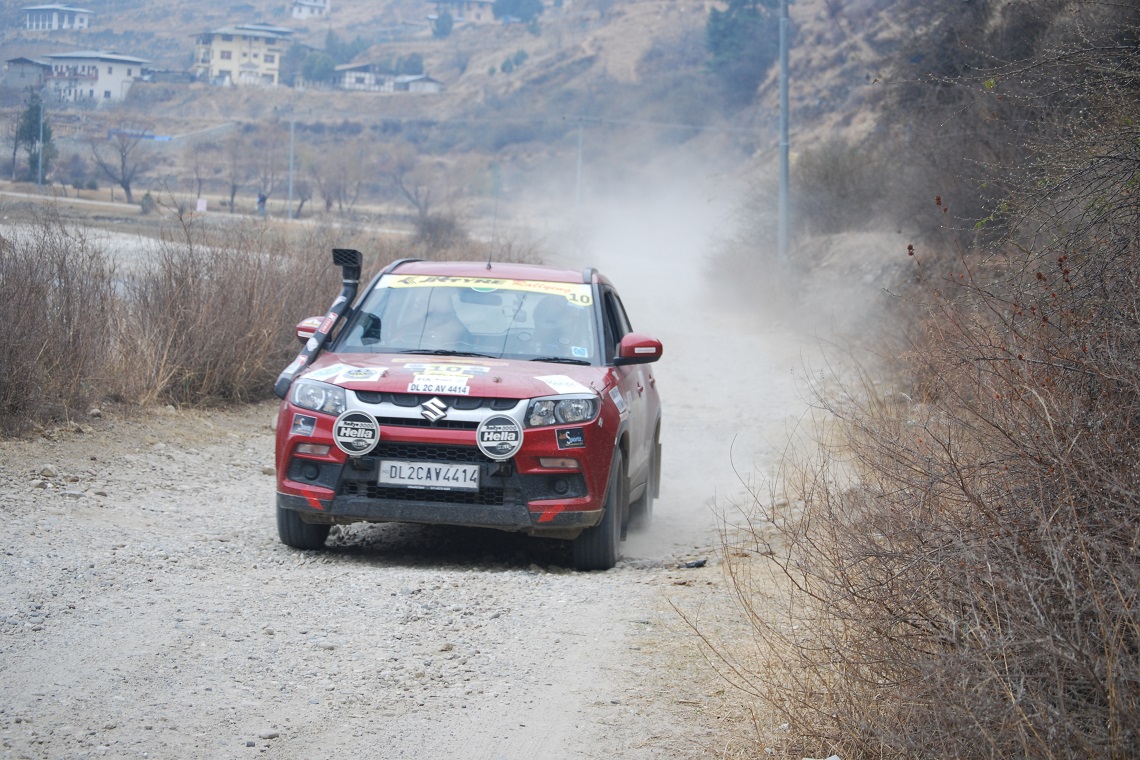 Paro (Bhutan), 27th February 2017::Overnight leaders Asgar Ali and his navigator Muhammad Mustafa held on to their lead after the second leg of the Biswa Bangla JK Tyre Himalayan Drive here on Monday. Leg two saw the rallyists cover a total distance of over 105 kilometres through the mountainous terrains of Bhutan to reach the majestic Dochula pass which is situated at the altitude of 3100 metres above sea level.

They are trailed by Subir Roy and his navigator Nirav Mehta in second position followed by Deep Dutta and Prakash Muthuswamy in the third position.

The stretch that flagged off from Paro had the rallyists drive through the Paro marketplace followed by the semi-dirt track beside the Kichu river before hitting the highway for a couple of kilometers. The drivers then took another dirt track to climb a steep hill and cross through a village before climbing down, hitting the highway once again and climbing the opposite hill, winding through dirt tracks and getting down to the road beside the river. One of the highlights of the day was the participation of six teams from Bhutan as this is the first time in the history of Himalayan Drive that local motorsports enthusiasts from Bhutan participated in the rally, albeit one leg of it.

Dawa Gyaltsen and Sonam Penzor were the winners of the local leg (Bhutan teams), followed by Sonam Tshering and Gyembo Tshering in the second position and Tshewang Gembeo and Choki Dorjee in the third.

1. Asgar Ali and Mohammed Mustafa are leading with 50 penalty points.