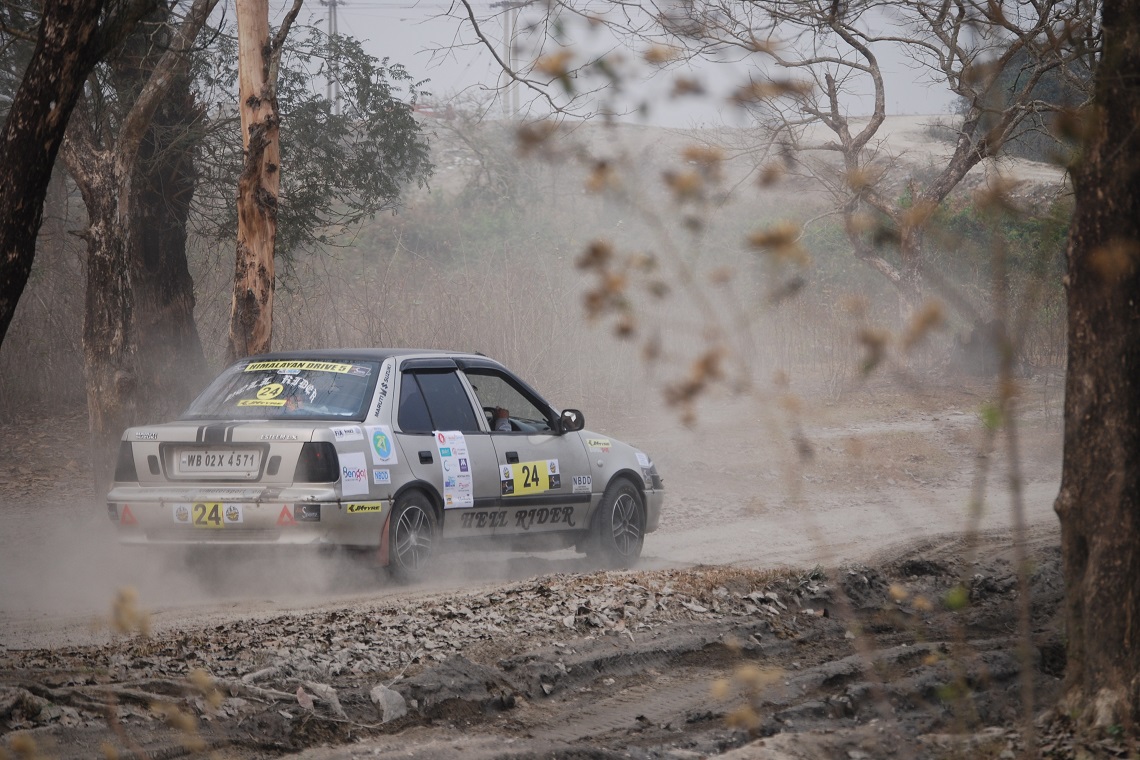 Paro (Bhutan), 26th February 2017::India’s TSD (Time, Speed and Distance) kings Asgar Ali and his navigator Muhammad Mustafa stormed into the lead after the first leg of the Biswa Bangla JK Tyre Himalayan Drive 5 here on Sunday, even as the 46 competitors successfully tackled 337 kilometres through dirt tracks and forest roads to reach Paro in Bhutan.

The entire stretch that began early in the morning in Siliguri took 12 long hours, including various stoppages for formalities at the international border, saw the rally drive through the foothills of the majestic eastern Himalayas.

Ashish Budhia, head of Ranchi Motorsports Club, who has driven the 'zero car' (or the lead car) in earlier versions of Himalayan Drive, is virtually on the tail of the leaders along with Arindam Ghosh. Arindam Ghosh has the distinction of taking the Himalayan Drive 4 championship in the company of his brother Sudip Ghosh.

Chandan Sen, who has won many championships including the Raid de Himalaya and HD 3 and is navigating for Vijay Sharma this year, also stayed on course to challenge the current leaders. Subir Roy and Nirav Mehta (navigator), Joginder Jaiswal, last year’s runner up, and Prasenjit Roy (navigator) all acquitted themselves well after the first day.

HD 5 features competitors from different parts of the country, and four beyond too, from Nepal. More interestingly, eleven ladies are also in the fray.

The rally has been divided into three categories: national, open and Indo-Bhutan. The opening day’s leg had 16 time controls over 90 kilometres in the mountainous terrain. Thereafter it was a free zone all the way till Paro.

The cars had to go through Salugara in the outskirts of Siliguri before entering a forest road and taking a dirt track alongside the Teesta river to hit the Chukiavita forest. Once out of the forest, they took the road beside the Teesta canal and over the Gajaldoba barrage to reach Odlabari before hitting National Highway 31 to enter Bhutan and drive up to Paro.