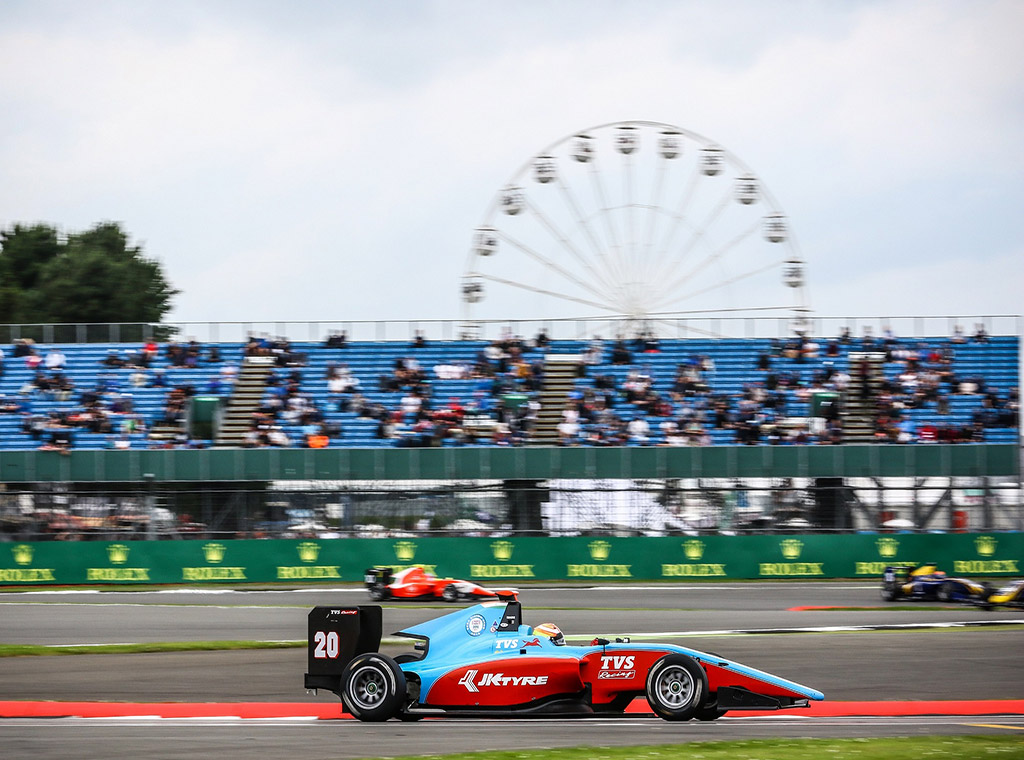 Bengaluru,  12th July 2016: While it was a great weekend for the British in sport, it was great weekend for JK Tyre supported Arjun Maini in Silverstone racing at the Same venue as Formula 1. Debuting in the GP3, driving for Jenzer motorsport in Silverstone (GB) Arjun Maini had an absolutely brilliant qualifying Session where he finished P4 inspite of having only 2 clear laps. The Indian Driver had only 40 minutes of practice compared to other drivers who have had 12 days as well as 2 weekends of racings. Arjun finished Race 1 of the weekend in 8th position scoring 4 championship points on his very first Race, Arjun started Race 2 from Pole Position and on the very First lap was hit from the Rear by Matt Parry which caused a Puncture Forcing Arjun to Pit for a Tyre Change. Matt Parry was penalised 5 seconds for causing a Collision. This put Arjun at the back of the Field and the Only goal for the Indian Driver now was to Learn as much as he could on a Drying Track. Arjun Ended up Posting the Second Quickest Lap in Race 2 showing that he has the Pace. These two finishes however are highly significant and admirable for his debut.

Tweeting in pride of his prodigy, Karun Chandhok was quick to share, “Proud to see Arjun starting at the front of the grid today in front of all the F1 teams at Silverstone!” on Arjun’s start for Race 2 on reverse pole with a best timing of 1:54.037, being bumped up two space after his tenth position finish in race 1 due to penalties being awarded to fellow drivers on the grid.

With a weekend on a wet track, Arjun proved that he was meant for championship driving concluding on his drive, “I could not have asked for a better start to my GP3 Career. With a strong a disadvantage of only 40 minutes of testing time this weekend, a reverse pole and a top 10 finish is much more than I could have dreamt off on debut. Clearly there were some learnings from this weekend which I will take away and come back Stronger. The car and team was excellent and I look forward to exploring stronger opportunities on the GP3 Platform.”

JK Tyre supported Arjun Maini with Mentor and guide Karun Chandok at his reverse pole start on Race 2 of his debut at the GP3 in Silverstone.