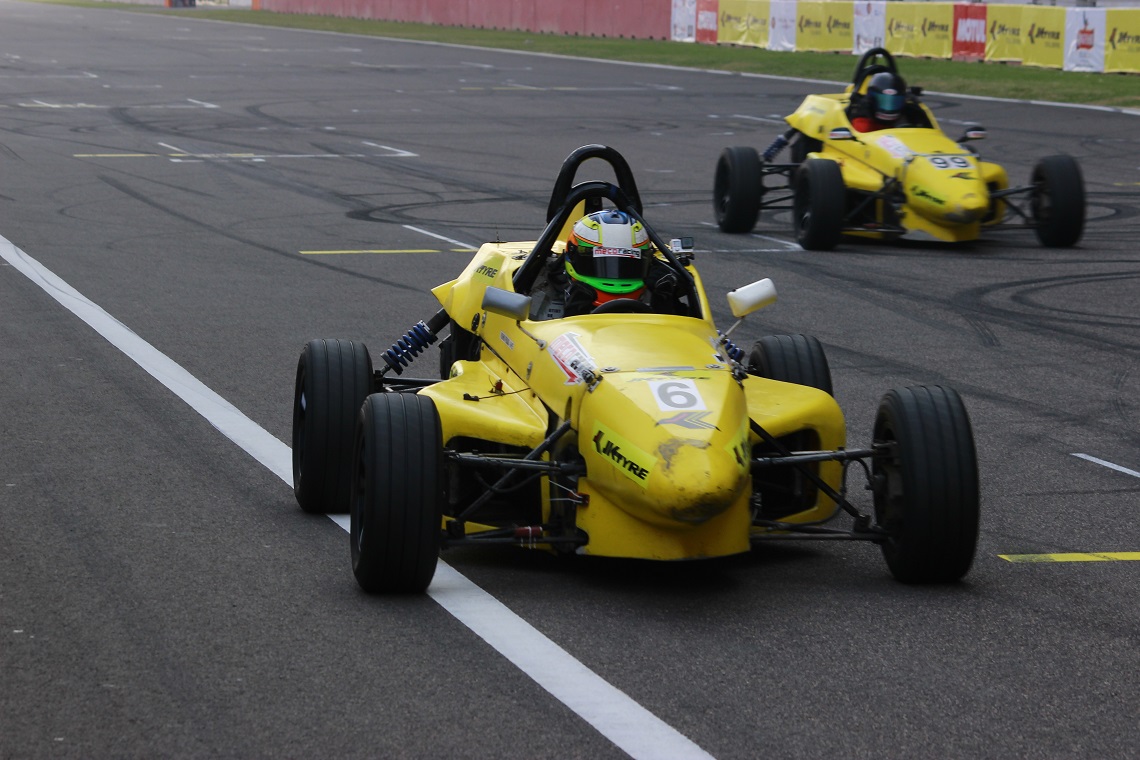 Over 20,000 boisterous fans enjoyed the range of entertainment laid out for them, starting with live music, spectacular stunts by world renowned Terry Grant and a unique racing bazaar. The day, however, belonged to the drivers and bikers as they pulled out all the stops in their quest for ultimate glory.

The super bikers provided thrills of their own, but the father and son duo of Gurvinder Singh and Simranjeet Singh and had to settle for the runners-up trophies despite winning their first races on Saturday. In the JK 600cc, Gurvinder slipped to fourth place on Sunday to take the second position; in the JK 1000cc, Simranjeet tied with Sandesh P but yielded the title to him for coming behind him in the qualifying rounds. Deepak Ravikumar didn’t have any such problems, thanks to two podium finishes.

In the final round here, Anindith and Vishnu stormed ahead of the field on Saturday itself, winning both their races. Starting with 96 points on Sunday, with a handy 9 point lead, Hyderabad’s Anindith knew that the championship was still wide open, especially as the reverse grid had come into play.

But it didn’t unnerve him, even though he started from the sixth position. He moved into the lead and hung on to it all the way through to the end of the tenth lap. to add 10 more points to his tally. He could breathe easy, though, midway through, when his main challenger Nayan Chatterjee (87 points) pulled out of the race in the third lap itself; the other racer who was tied on joint second, Ananth Shanmugam, too slipped out of contention by finishing eighth.

Anindith built up an unbeatable lead of 11 points to seal the championship with a race to go. “I had a good start and managed to get ahead of the car in front of me right away. That made it easy for me,” he said, after winning the race.

Later in the evening, the Hyderabad lad had an easier run as he raced without any tension. He clocked the fastest lap of the day, in the eighth, finishing the 5.1 kilometres in just 2:01.411 minutes. Ananth Shanmugam and Nayan Chatterjee took the second place and third places in the championship.

The LGB 4 too followed a similar script with Chennai’s Vishnu Prasad wrapping up the championship on Saturday itself. He had a 19-point lead going into Sunday, and laughed his way past the chequered flag to underline his supremacy. He has been in prime form all through the season, taking virtually every round.