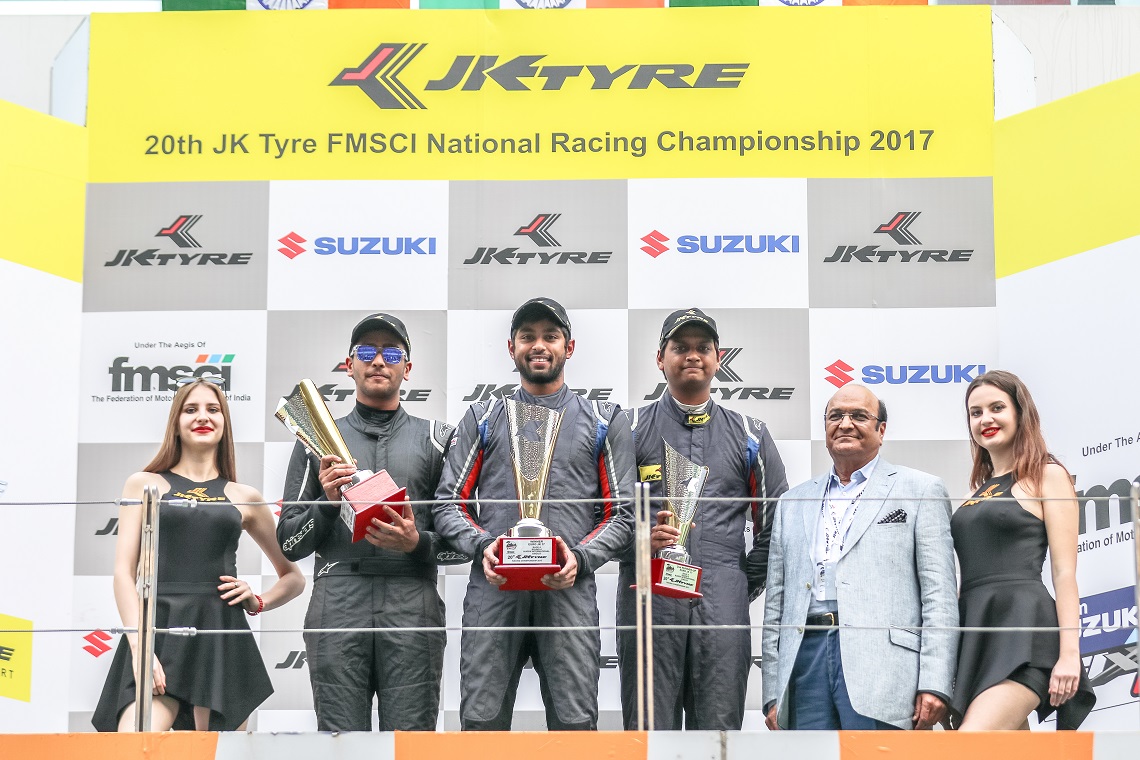 Over 25,000 screaming fans were treated to a full bouquet of music, dance and stunts at the Buddh International Circuit in Greater Noida even as the country’s top racers and bikers battled for prime honours.

As expected, Chennai’s Joseph Mathew took home the Suzuki Gixxer Cup despite not even taking the podium in the weekend’s second race. He finished fourth but he had picked up enough points by Round 3 to win by a comfortable 15 points (total 64 points).

Ahmedabad’s Sachin Chaudhary (49) and Aizawl’s Malsawmdawnglia Na (43) clinched the second and third places in the championship.

Miu Nakahara and Mei Sakurai displaced them to take the second and third places.

“The grand finale lived up to expectations. We had an amazing crowd to mark the 20th year of the championship and the fans had a wonderful time,” Sanjay Sharma, JK Motorsport president said.

The JK Super Bike 600cc category threw up a minor surprise as Vijay Singh from Jaipur emerged the champion. He had finished second on Saturdaybut managed to take the top podium as Gurvinder Singh, Race 1 winner, was excluded for a technical infringement.

Anand Nagarajan clinched the second place in the championship by coming second and Aman Ahlawat the third despite finishing fourth.

Anindith Reddy, who won both the races on Saturday, was equally dominant on Sunday. He won the morning race, again with a 4-second margin, but in the last race of the season he was truly phenomenal.

He hit the chequered flag 10 seconds earlier than his two friends and fierce rivals Nayan Chatterjee and Vishnu Prasad. Mumbai’s Nayan had a good Sunday, taking the second place in both the races.

But Vishnu, who had a forgettable weekend as also a below par season, still managed to take the second place in the championship.

“It was a fantastic season,” champion Anindith said. “I began the first round slowly and it became really exciting by the second. This weekend has been amazing and I am glad to win the title once again,” he added.

Sandeep Kumar of Dark Don Racing won the LGB 4 race while Vishnu Prasad and Diljith champion ChitteshMandody did not even finish the race.