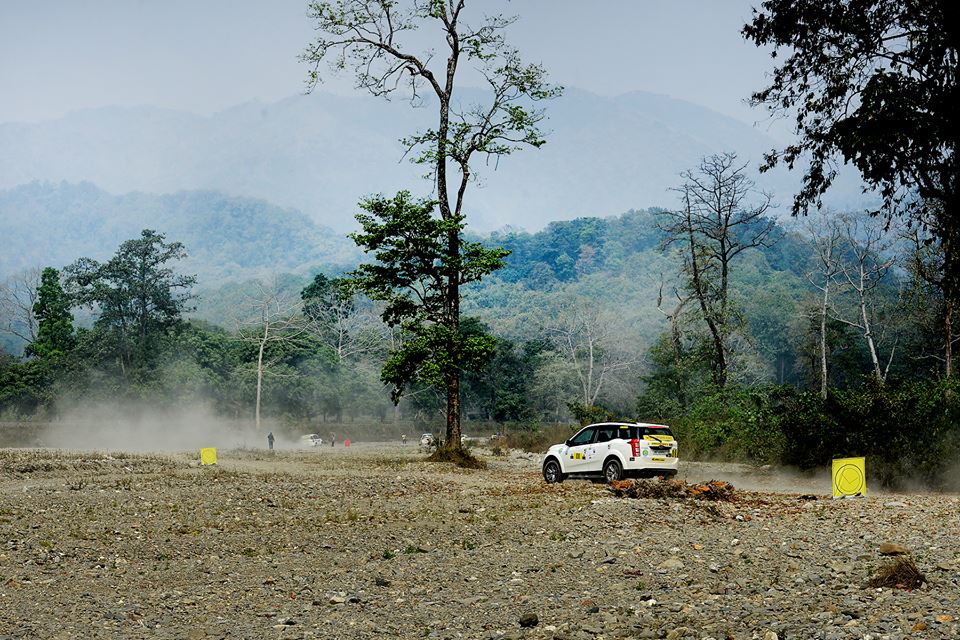 The veteran rallyists underlined their class in their Mitsubishi Media as they tackled the dirt and dust tracks that eventually took them through the lush forests in Darjeeling. They were ahead of the pack with 54 penalty points; Subir Roy and navigator Nirav Mehta were right behind the leaders, with 62 penalty points in their Maruti Gypsy. Captain Vijay Kumar Sharma and Chandan Sen eased into the third position with 132 penalty points.

To watch the mean machines even as police and SSB brass and pipe bands played popular tunes.

The rallyists drove through Matigara-Kurseong Road, Khaprail Bazar and Panihati before reaching the vast dry bed of the Manja river, a tributary of Teesta river. They then drove through Naxalbari (which incubated the infamous ultra-left Naxal movement) to enter Nepal at Kakarbitta.

At Kakarbitta, the participants were accorded a warm welcome by the Nepal Automotive Sports Association (NASA). The rallyists then drove 466 kilometers on the busy East-West Highway to reach Chitwan for the night halt. Out of the total 521 kilometers that they travelled on Friday, 74 kilometers were in the competitive section.

The lush green backdrop of the Chitwan National park in Nepal provided the perfect setting for the ceremonial flag-off of the second leg of the rally. Saturday’s 80 kilometer-long rally route traversed through hills, tropical forests, embankments of the Rapti river and dry beds of the Rapti’s many tributaries.

It proved to be a thrilling leg as it was the first time that an international rally was staged at Chitwan, a National Park and a World Heritage Site spread over 932 square kilometers. The rallyists drove through the periphery of the national park which is home to a wide variety of flora and fauna, including the Royal Bengal Tiger, the endangered one-horned rhino, sloth bears, elephants, leopards and crocodiles.