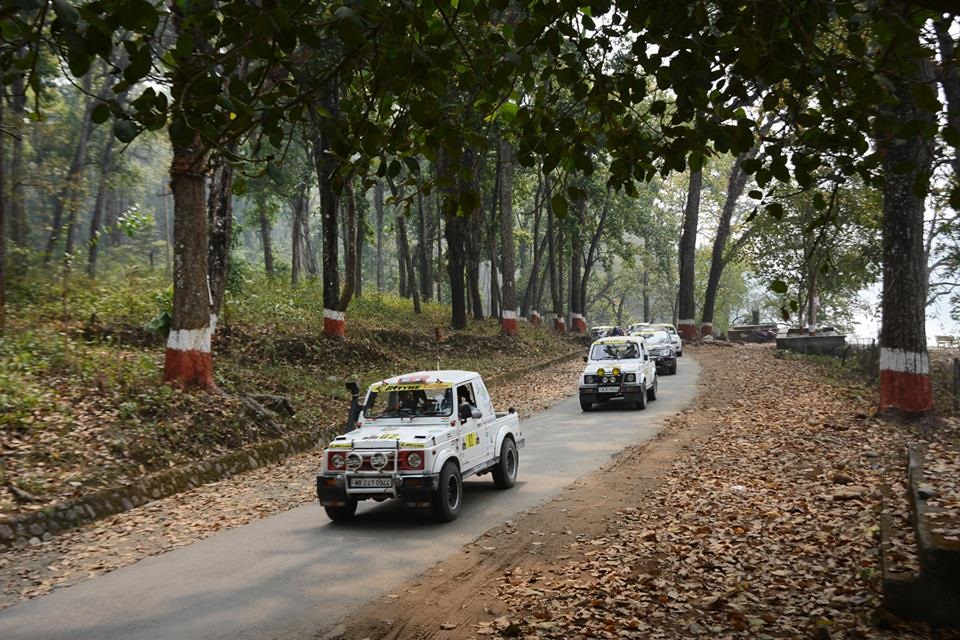 Murti (West Bengal), 26th feb 2018:The race for the champion’s crown in the Biswa Bangla presents JK Tyre Himalayan Drive 6 got hotter, with the duo of Subir Roy and Nirav Mehta narrowing the gap against defending champions Sheikh Ajgar Ali and Mohammed Mustafa to just one penalty point at the end of Day 3 here on Monday.

The team of Captain Vijaykumar Sharma and Chandan Sen lagged way behind at third place with 241 penalty points. Nikunj Toshniwal-Prasenjit Roy (367 penalty points), Anand Mehta-Sabatullah Khan (375 penalty points) were in the fourth and fifth places. In the local category, Gagan Sethi and Dhiraj Arrora maintained their lead with a total score of 700 penalty points.

The third leg of the rally was flagged off by president of the Nepal Automotive Sports Association, Dasrath Nisal, on Monday morning. The competitors drove through the Lothar river embankment and then down the East-West Highway to enter the Itahari forest for another competitive section that took them over dirt tracks cutting through forests and then a dry riverbed. They then re-entered India through Kakarvitta and drove past Gajaldoba, which is being promoted by the West Bengal government as a major tourist attraction. The rallyists then crossed Lataguri to reach Murti, located beside the Gorumara National Park, home to rhinos and the white-headed bison.