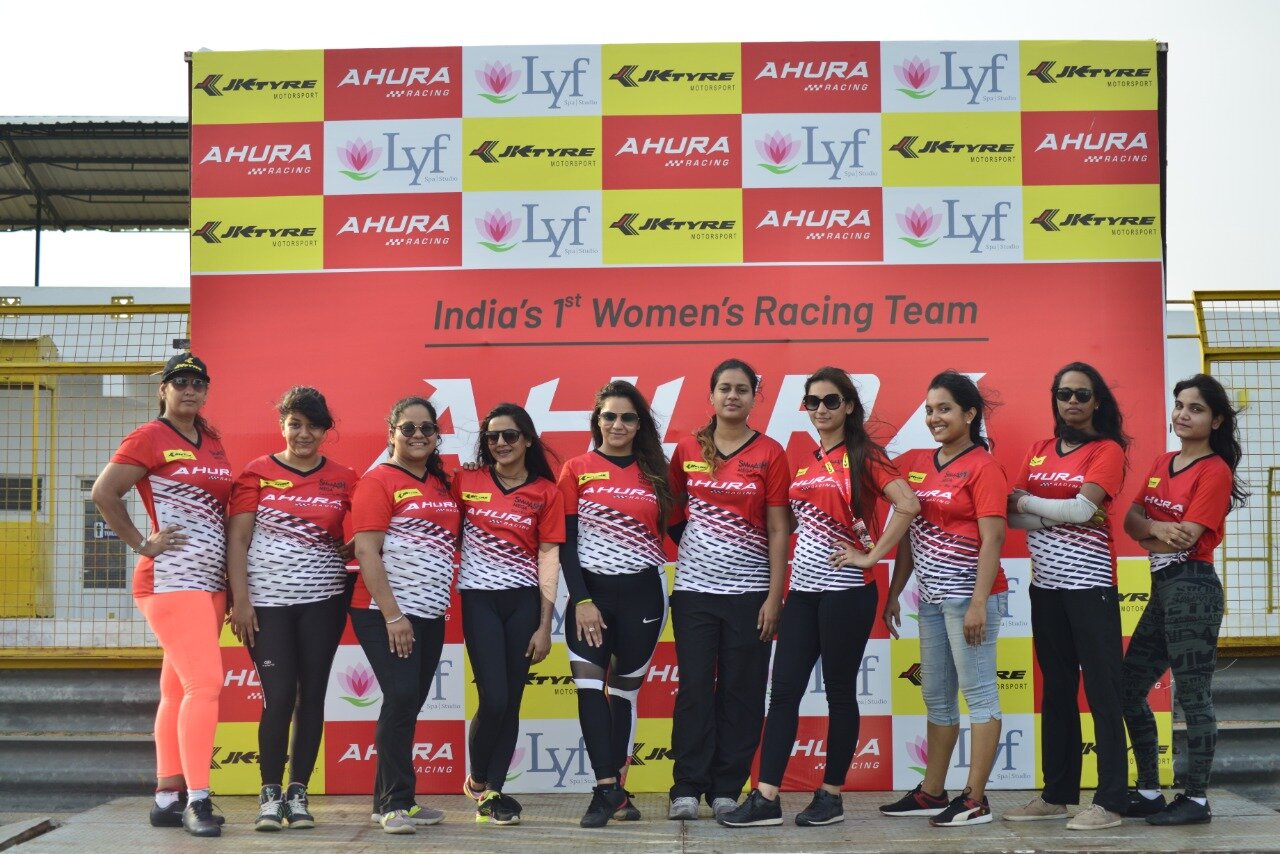 The brainchild of former racer and team owner of Ahura Racing-Sarosh Hataria, this one-of-a-kind all-women’s team will compete in the popular LGB-4 Formula Car category at the JKNRC for the second year running.

Two ladies from Mumbai (Natasha Puri and Ojasvi Mehta), two from Delhi (Shivani Gaurav and Aman Jubbal) and one from Bangalore (Pragathi B) and one from Dehradun (Anushriya Gulati) have been selected to compete in the four rounds of JKNRC, starting on July 26, 2019.

“We are delighted to welcome another all-women’s team into the racing family,” Mr Sanjay Sharma, Head-Motorsport, JK Tyre, said. “Last year, progress made by them added excitement to the competition. I am sure this year too they will make a huge impact. This is in tune with our continued policy of drawing young girls into motor sports. The girls who have progressed over the years and are giving tough competition to the leaderboard are Sneha Sharma, Mira Erda,” he added.

Team Ahura conducted trials on a zonal basis, choosing Gurgaon (North), Mumbai (Central Zone) and Bengaluru (South) for the selections. Each zone tested over 75 ladies, both young and old, and they were taken through beginners’ and advanced training on karts before the final shootout in the Indian make LGB 4 Formula car.

The 20 fastest drivers in each zone were then invited to Coimbatore for the final selection process. They were again given enough training and practice sessions, this time in LGB 4 Formula cars, before the last pruning.

“A number of talented drivers and young enthusiasts were in the mix which is a great sign for Indian motor sport,” Sarosh Hataria said. “They were quick to adapt to the more powerful cars and showed immense progress. I am positive that they are going to be highly competitive this year,” he added.

Natasha Puri from Delhi for her outstanding performance has won herself a fully sponsored drive in the championship and the second and third place finishers will get subsidized drives. Joining the six new girls on the grid will be the three ladies from last year’s grid who too will be given subsidized drives in the 2019 season of JKNRC.

Manisha Kelkar, a famous Marathi actress and daughter of renowned Bollywood movie writer Ram Kelkar will also be making her comeback this season. Manisha, who was part of the Ahura team last year had to leave the season after the opening round due to an unfortunate off- the track incident. She will be back on the grid this season with a different team and will look to give the big boys a run for their money.