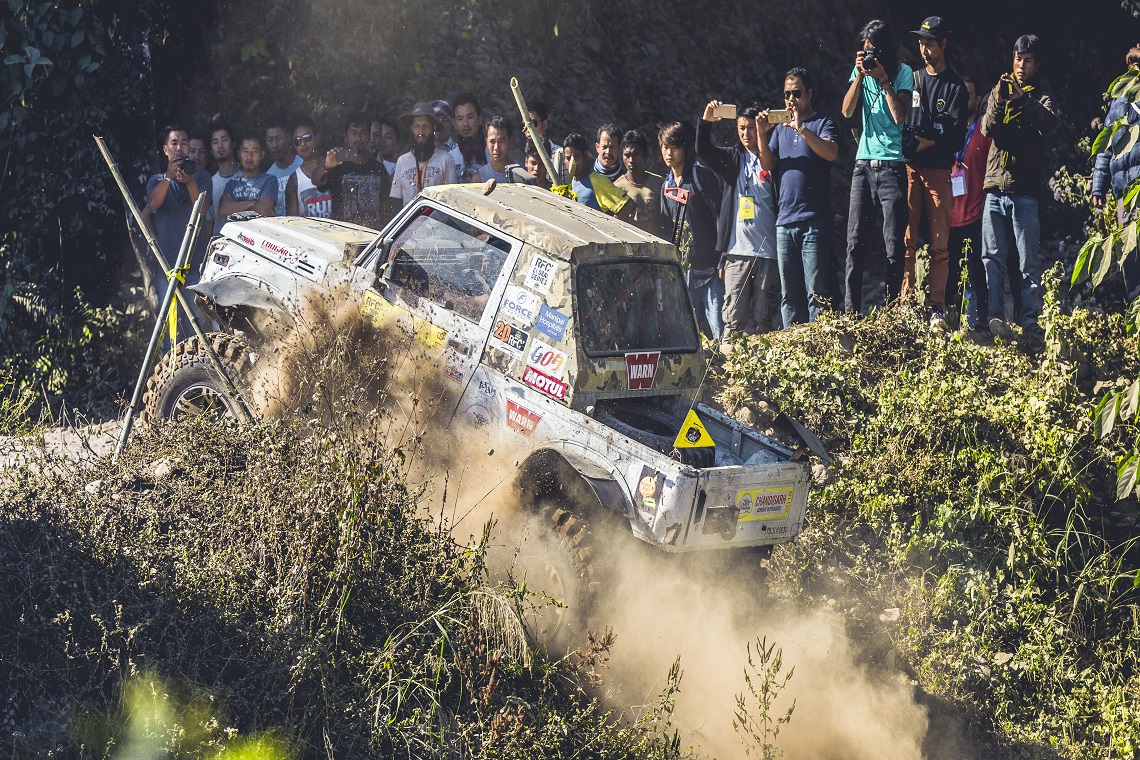 Dambuk Valley, Arunachal Pradesh:The fourth edition of the JK Tyre Orange 4x4 Fury off-roading event gets under way here on Friday with as many as 22 drivers along with their co-drivers representing 11 teams from different parts of the country in fray.

Hosted in the breathtaking Lower Dirang Valley’s quaint village Dambuk, it is part of the highly popular Orange Festival of Adventure and Music that draws fans from various cities.

OFAM 2017 is being held over four days, from December 15 to 18, and will see the competitors pitting themselves and their machines against Mother Nature in the semi tropical rain forests of Arunachal.

MOCCA (Arunachal Pradesh), Gerrari Offroaders (Chandigarh) and KTM Jeepers (Kerala) are expected to fight it out for the title, given their experience and expertise in this form of motor-sport.

The Gerrari Offroaders are the hot favourites, having won the first edition of the 4X4 Fury in 2015. KabirWaraich, winner of the latest Ultimate Desert Challenge, and Gurmeet Virdi, overall winner in the Force Gurkha RFC India 2017, make a formidable pair.

“They have been working on their vehicles and their skills all through the year and have emerged as a force to reckon with,” Sanjay Sharma, Head of JK Motorsports said.

The KTM JEEPERS from Kottayam, with veteran off-roader Sam Kurien at the helm, will also be watched carefully. His team arrived for the competition after a ‘crazy’ 4,000 km ride.

An interesting set of stages — ‘Show man’, ‘Bizari by the Swamp’, ‘Dance of the Sisari’, ‘Dibang Fury’, ‘Horn OfZaktum’, ‘Dambuk Fury’ and ‘Orange Fury’ — has been laid out for the teams. As a package, they will test the teams’ driving skills and nerves across land, water and hills.

Apart from the adrenaline pumping adventure sports, there is a spectacular feast for music lovers too.

“This year we have lined up an array of extraordinary bands from across the country as well as abroad. This includes the 7-time Grammy nominated German electronic band Tangerine Dream. Alternative Rock fans will also have a special treat, with the inclusion of Five Eight,” Lhakpa Tsering president of Motor Sports Club of Arunachal said.

Also on offer will be a dare-devil stunt performance by Gourav Khatri, the country's best freestyle show jumper on two wheels.

The more adventurous fans can indulge in adventure sports like river rafting, dirt biking, ATV rides in the forest and zip-lining too. Local tribal sports like archery and darts, angling and fishing or cycling around the beautiful and serene valley will also be on the menu, just like orange plucking and other forest food.

The headliner of OFAM 2017 will be Richie Kotzen, who played in legendary bands like Poison, Mr. Big and Winery Dogs in a prolific solo career. For the first time ever in India, this acclaimed guitarist-singer-songwriter will take the stage and croon his iconic tunes.